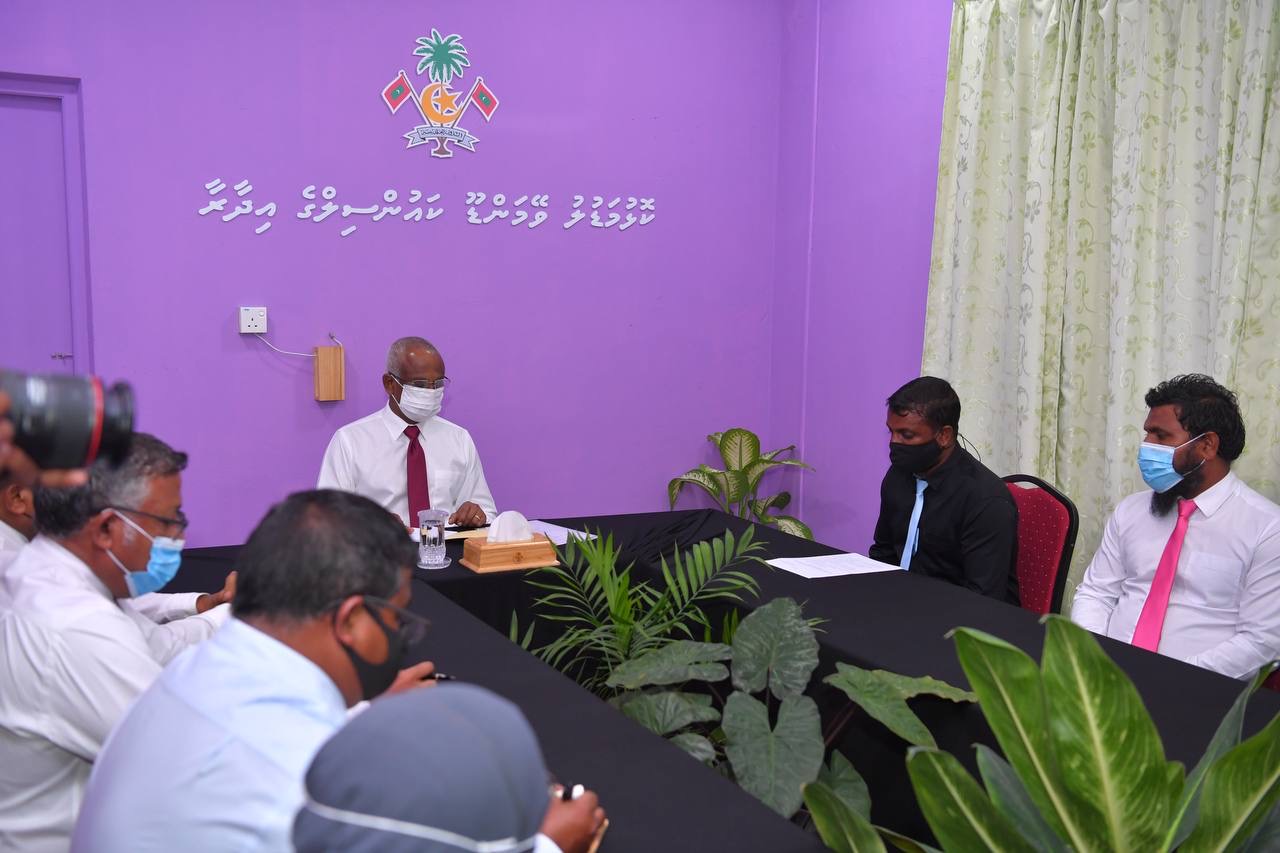 President Ibrahim Mohamed Solih has met with councillors from Kolhumadulu Atoll Veymandoo Island Council and the Women’s Development Committee (WDC). Speaking at the meeting held this evening at the Secretariat of Veymandoo Island Council, Veymandoo WDC members expressed gratitude for the incumbent government’s efforts in empowering women through facilitating more opportunities for women as well as granting legal empowerment.

Discussions between President Solih and Veymandoo Island Councillors focussed on the developmental plans and concerns about the most pertinent issues and urgent needs faced by the residents of Veymandoo Island. Members of the Veymandoo Council shared details of issues faced by the island community, including the development of roads, preventing beach erosion, waste management, hospital upgrade, land reclamation, difficulties faced by authorities in service delivery due to space constraints, the establishment of an ice plant and fixing street lights. Councillors also noted the lack of sports facilities on the island and stressed the importance of facilitating opportunities to provide vocational education for school graduates.

Speaking at the meeting, members of the WDC briefed the President on their work and future plans for the development of the island as well as for empowering women of the island. Members of the committee highlighted the limited resource availability at the preschool and stressed the importance of parks and an outdoor gym facility for the improvement of the social well-being of the islanders.

Speaking at the meeting, President Solih shared the latest details into the issues noted by the councillors. The President revealed that some of the issues will be resolved as funds would be allocated in the annual government budget for the upcoming year. He also advocated for councils to work within the boundaries of the law to improve the lives of their constituents. The President assured that he will direct the relevant government institutions to work alongside the council to find ways to resolve the issues raised.

President Solih’s visit to Veymandoo Island is the fourth destination in his ongoing trip to seven islands of Thaa Atoll. Cabinet ministers accompany the President, along with senior officials from the President’s Office and a delegation of high-level government officials. 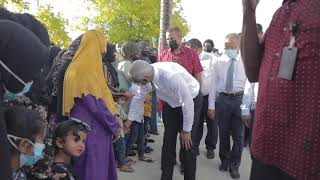 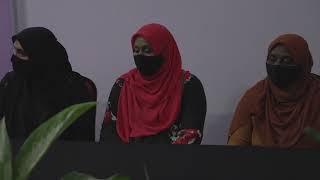