The prominent Islamic scholar, Mufti Dr Ismail ibn Musa Menk, on Tuesday called on President Ibrahim Mohamed Solih. The meeting was held at the President’s Office. Mufti Menk is currently visiting the Maldives at the invitation of the Ministry of Islamic Affairs to carry out a religious public lecture series on key topics.

During the meeting, the President commended Mufti Menk’s efforts to raise awareness of true Islamic teachings and values and noted that the public highly anticipated his visit to the Maldives as they held him in the highest regard. President Solih also praised Mufti Menk for his moderate approach to addressing contemporary issues in a relatable manner.

Mufti Menk shared his experience and spoke about the outcome of the lecture series and the meetings held with Maldivian scholars, highlighting the importance of adjusting to the age of social media and learning to respect each other’s differences. He also thanked the Maldivian government for the hospitality accorded to him during the visit. 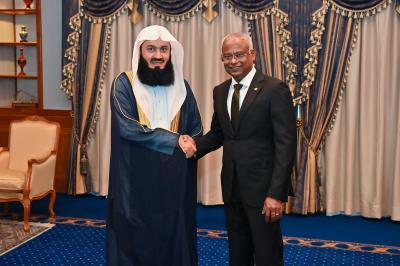 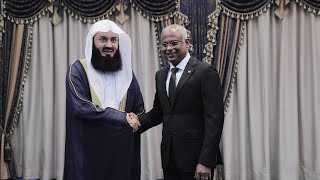