Endorsement of corrupt practices is the worst form of corruption, says the President President Ibrahim Mohamed Solih stated on Sunday that endorsement of corrupt practices is the worst form of corruption. He made the statement at the inauguration of the Maldives Anti-Corruption Conference 2022, held at Bandos Maldives, organised by the Anti-Corruption Commission (ACC) in association with Transparency Maldives (TM).

Highlighting the state of corruption across the globe and the Maldives, the President stated that corrupt practices were prevalent within the three powers of the state and civil society. The President said that, despite shifts in power, deep-rooted issues and avenues for corruption are not resolved overnight. The President added that such practices, over time, become habits that are difficult to break. He described systematic endorsement of corrupt practices within all state ranks as the biggest threat to combating corruption.

Highlighting the administration's efforts towards this end, the President noted that its anti-corruption policies and practices had received international recognition. He further described corruption as a disease affecting the globe and stated that the only means to address it was to increase accountability and study the reasons for corruption.

Speaking about the conference, the President stated that the symposium's focus this year on identifying the causes of corruption and embedding good governance procedures into the running of state-owned enterprises amplifies the importance of this symposium. He added that the administration would welcome suggestions and recommendations from the symposium.

The two-day Maldives Anti-Corruption Conference 2022 is attended by representatives from relevant government agencies and SOEs. 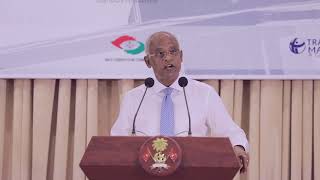 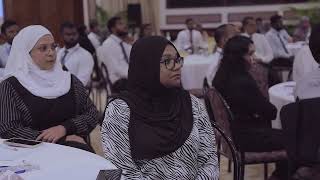