President meets with members of the Kaashidhoo council and WDC: members appreciate the President's remark that road development will commence when the water and sewerage network project is completed Speaking at the meeting, President Solih said that the purpose of his meeting with the Council and WDC was to inquire about the island's situation and meet with the stakeholders to discuss the developmental efforts on the island. He noted that Kaashidhoo Island is widely known for its agricultural activities.

The members of the Kaashidhoo Island Council expressed their gratitude for the announcement that the road development project would commence after the completion of the water and sewerage network. The council members expressed their support for the President's appeal to the local councils to facilitate long-term agricultural investments in the islands by allotting land for farmers. They assured they would work towards realising this goal. The Council and WDC mentioned other issues relevant to the island's development, including the need to construct a new harbour; land reclamation; and to solve the waste management and land erosion issues on the island.

The President said that the island's road development project will commence with the completion of the water network installation project next year. He added that the administration will work with stakeholders to initiate land reclamation and harbour construction projects simultaneously. The President also detailed the efforts underway to improve healthcare on the island.

Many projects planned for Kaashidhoo Island are in the planning stages, including the water and sewerage network installation project, the health centre upgrade project, and the microgrid desalination plant project.

The President later visited the Kaashidhoo Island Health Centre and met with the staff. During his visit, he inquired about the services offered and their developmental aspirations.

The Kaashidhoo Health Centre upgrade project entails the construction of the extension building, portico area, and an extended section of the health centre. 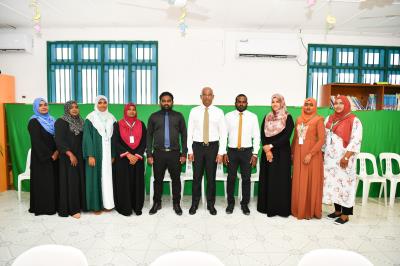 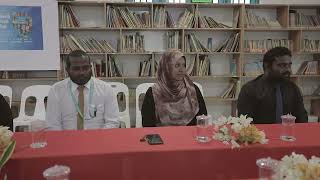 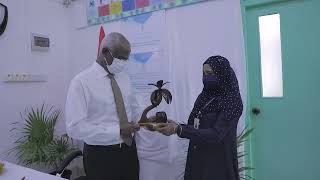