On the recommendation of the Cabinet, President Ibrahim Mohamed Solih on Tuesday decided that the official reception for the 42nd National Fishermen’s Day would be held on Faresmaathodaa Island in Gaafu Dhaalu Atoll this year

The decision was made at today’s Cabinet meeting after deliberating on a paper submitted by the Ministry of Fisheries, Marine Resources and Agriculture.

Since 1981, 10 December has been celebrated as National Fisherman's Day in the Maldives. In 2021, Fishermen’s Day was celebrated in Gaafaru Island in Kaafu Atoll, while this year’s celebrations are open for the Maldives’ southern atolls. 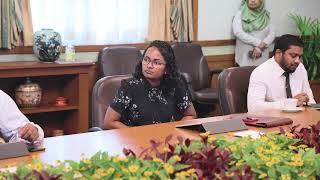