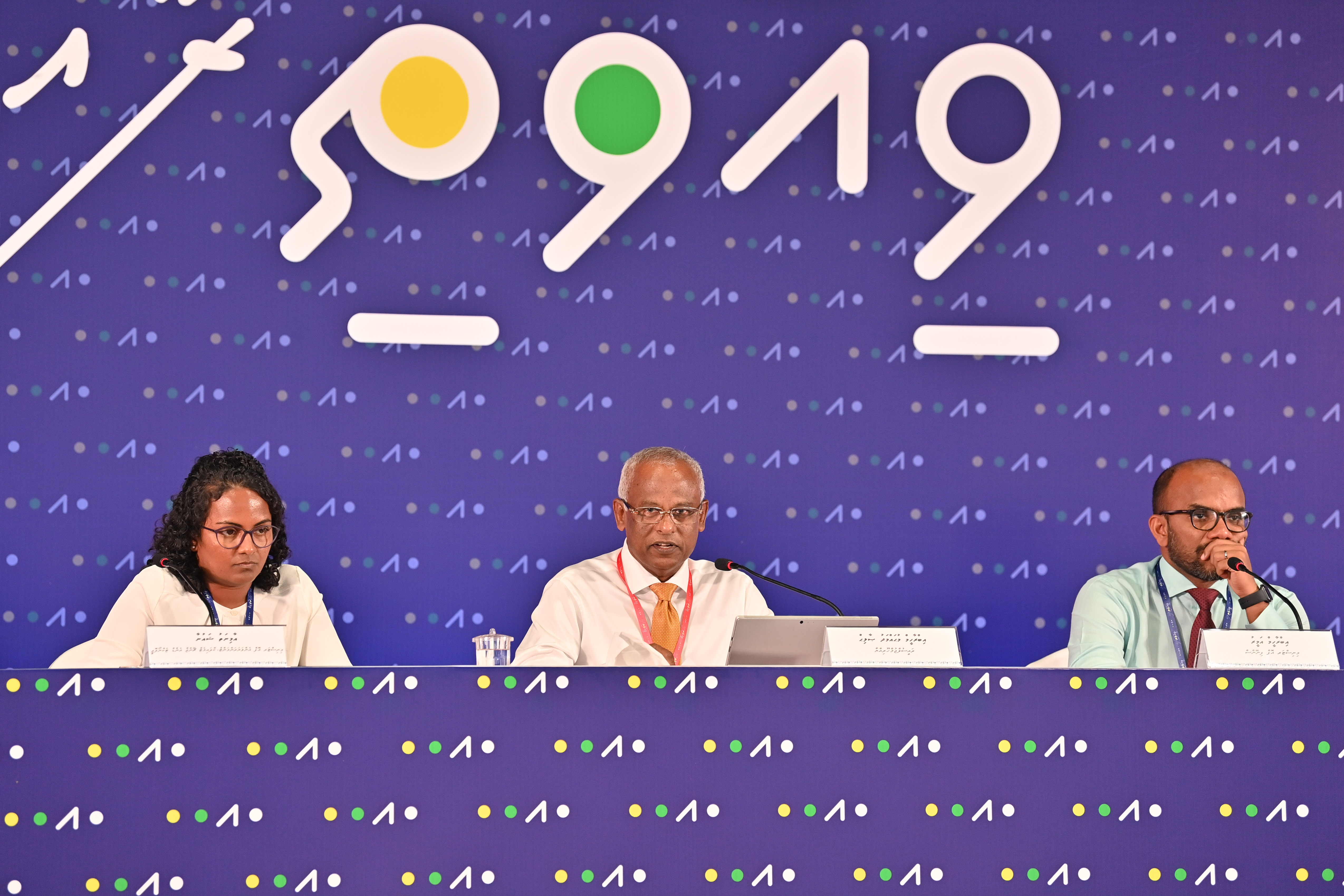 President Ibrahim Mohamed Solih on Monday stated that the administration and all of its agencies are now collectively working towards overcoming the challenges posed by climate change. He made this statement during the third session of the third Viavathi Raajje conference held in Gan Island in Laamu Atoll.

The fourth and final session of the conference focused on building a resilient community. President Solih addressed the effects and consequences of climate change in the Maldives and other parts of the world. He stated that climate change is the most serious global threat, and that public opinion on the subject is shifting. The President asserted that climate change affects everyone around the world, regardless of nation size, and emphasised the importance of working together to address this imminent threat.

During the session, Aminath Shauna, the Minister of Environment, Climate Change provided participants with updates on the administration's efforts to protect the environment and mitigate the effects of climate change. The participants were also given the opportunity to discuss with the panel the issues highlighted during the "Funoala Dharubaaru," which took place prior to the conference.

Over 270 individuals are participating in the Viavathi Raajje conference, along with 107 council members and Women’s Development Committee (WDC) representatives. The third conference of Viavathi Raajje targeted for the southern atolls of Maldives was attended by members of Atoll Councils, Island Councils, WDC including Dhaalu, Thaa, Laamu, Gaaf Alif and Gaaf Dhaal Atolls, Addu City and Fuvahmulah City.