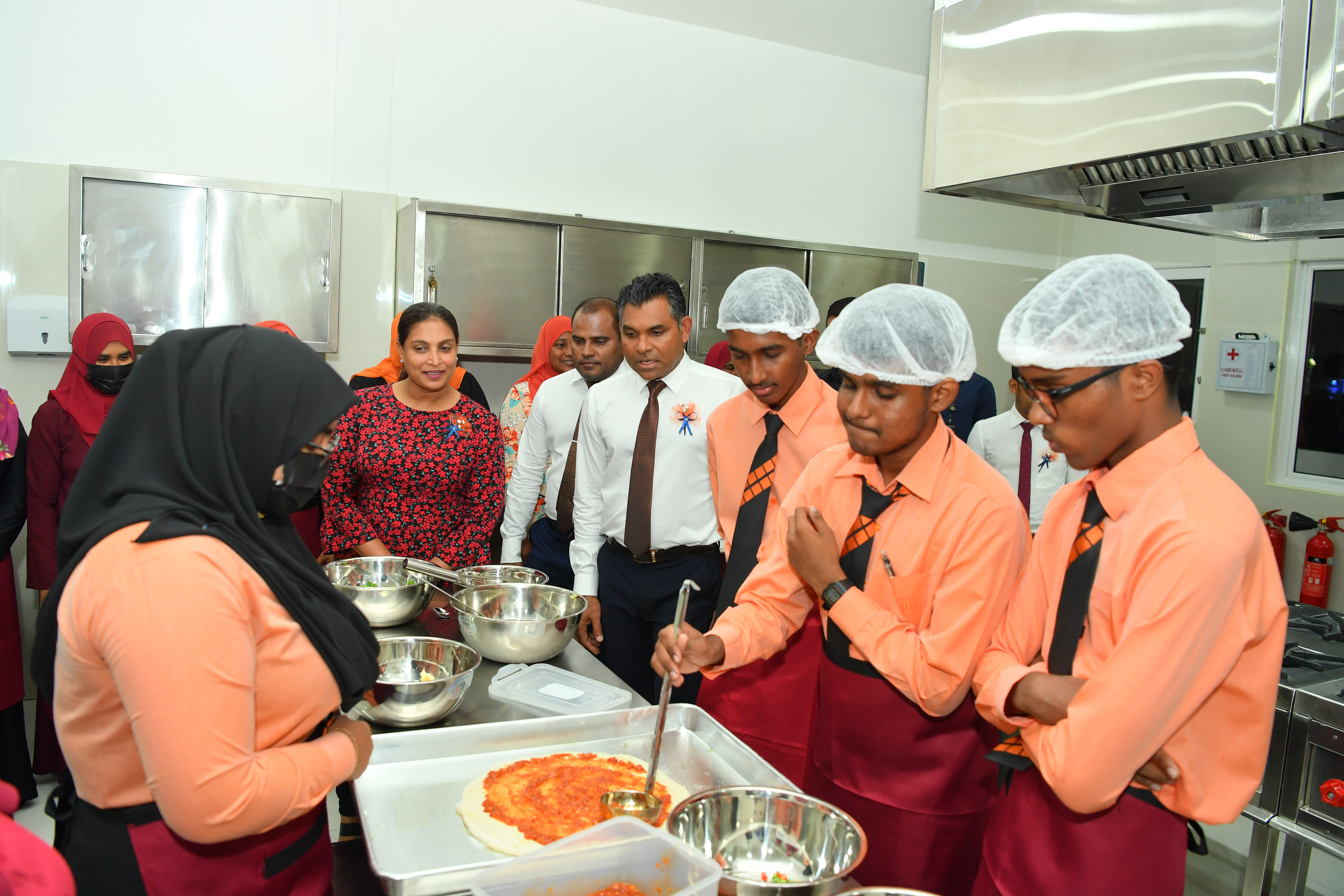 Vice President Faisal Naseem on Thursday highlighted the administration’s ambitious Human Resources development initiatives and stated that the efforts are bearing fruit. He made the statement while speaking at the function held to inaugurate "Fannu Veshi"—the first technical and vocational education and training centre dedicated to children, including those with special needs.

The Vice President emphasised the administration’s commitment to promoting inclusive education and stated that numerous initiatives in the field are underway across the country. He noted that the administration had included therapeutic treatment for children and people with disabilities under the National Health Insurance Scheme as part of President Ibrahim Mohamed Solih’s first 100-day pledge. He also stated that efforts are underway to introduce treatment services in Kulhudhuffushi City.

At the ceremony, the Vice President presented commemorative plaques to those who assisted in establishing "Fannu Veshi," based at Imaduddin School. The facility would focus its Maldives Qualification Authority (MQA) certification level 3 programmes on four areas; culinary arts, beauty therapy, technology, and tailoring. 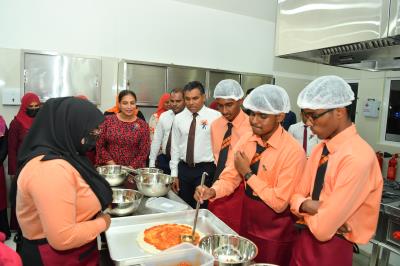