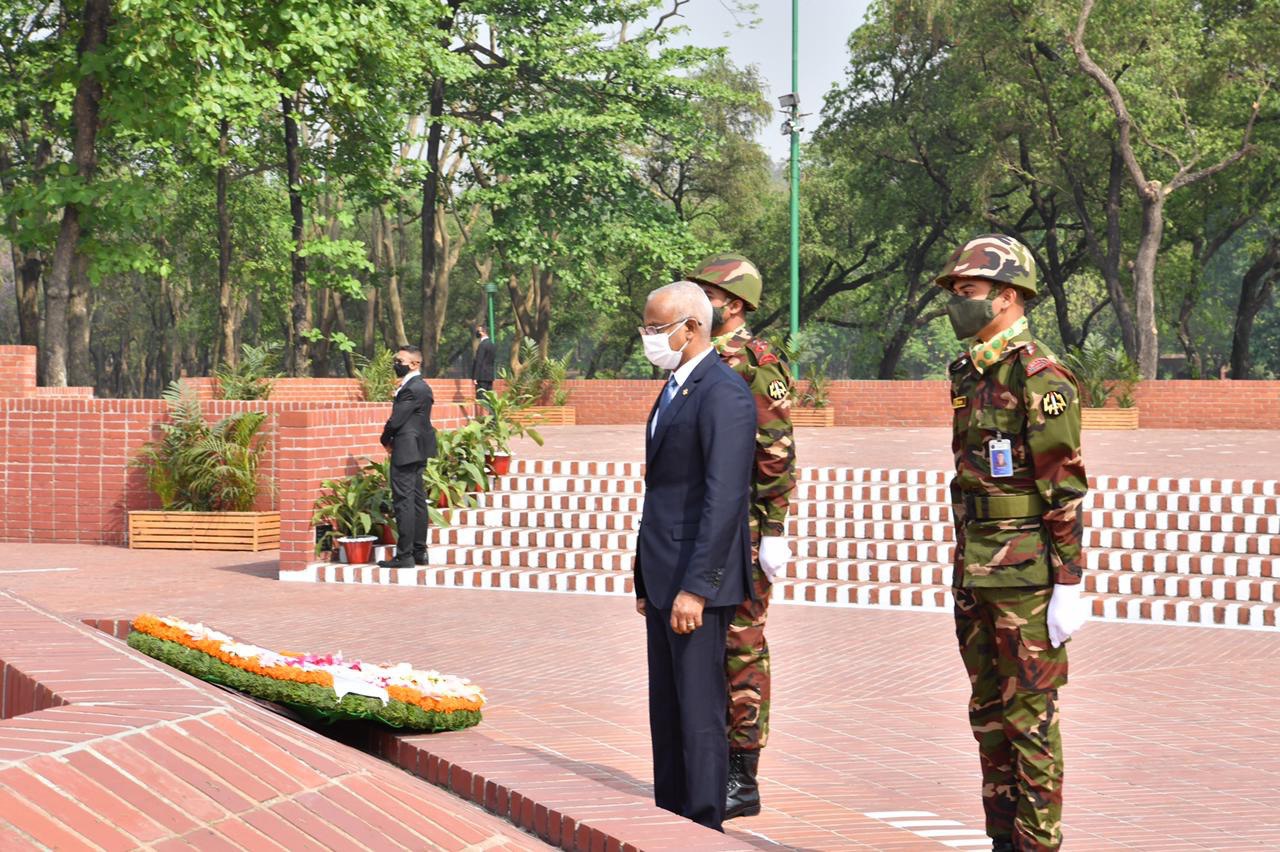 The National Martyrs’ Memorial, locally Jatiyo Smriti Soudho, is a prominent national monument in the Savar Upazila district in Dhaka, the capital city. Honouring all those who sacrificed their lives during the Bangladesh Liberation War of 1971, which delivered independence for the nation, the memorial serves as a symbol of Bangladeshi freedom won through great sacrifice.

While at the National Martyrs’ Memorial, President Solih attended a wreath-laying ceremony to commemorate the heroism and patriotism of those who sacrificed their lives to win Bangladesh’s independence. He also signed the visitor’s book and planted a sapling at the site.

Later in the evening, President Solih is scheduled to attend the ‘Birth Centenary of Bangabandhu Sheik Mujibur Rahman’ as the guest of honour. 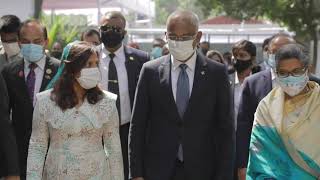 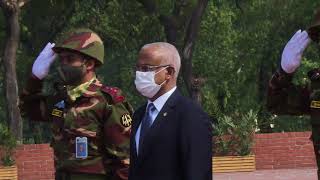 Remarks by His Excellency Ibrahim Mohamed Solih, President of the Republic of Maldives on the occasion of the National Day of the Maldives at the Dubai Expo 2020 President Solih tours the Maldivian pavilion with the Prime Minister and Minister of Defence of the UAE and Ruler of Dubai at Dubai Expo 2020 Vice President meets with Comptroller and Auditor General of India We must strive to maximise the potential of the Expo 2020 in Dubai, by letting deeds speak louder than words at the worldwide gathering to solve current global challenges – President The President and First Lady arrive at Expo 2020 in Dubai