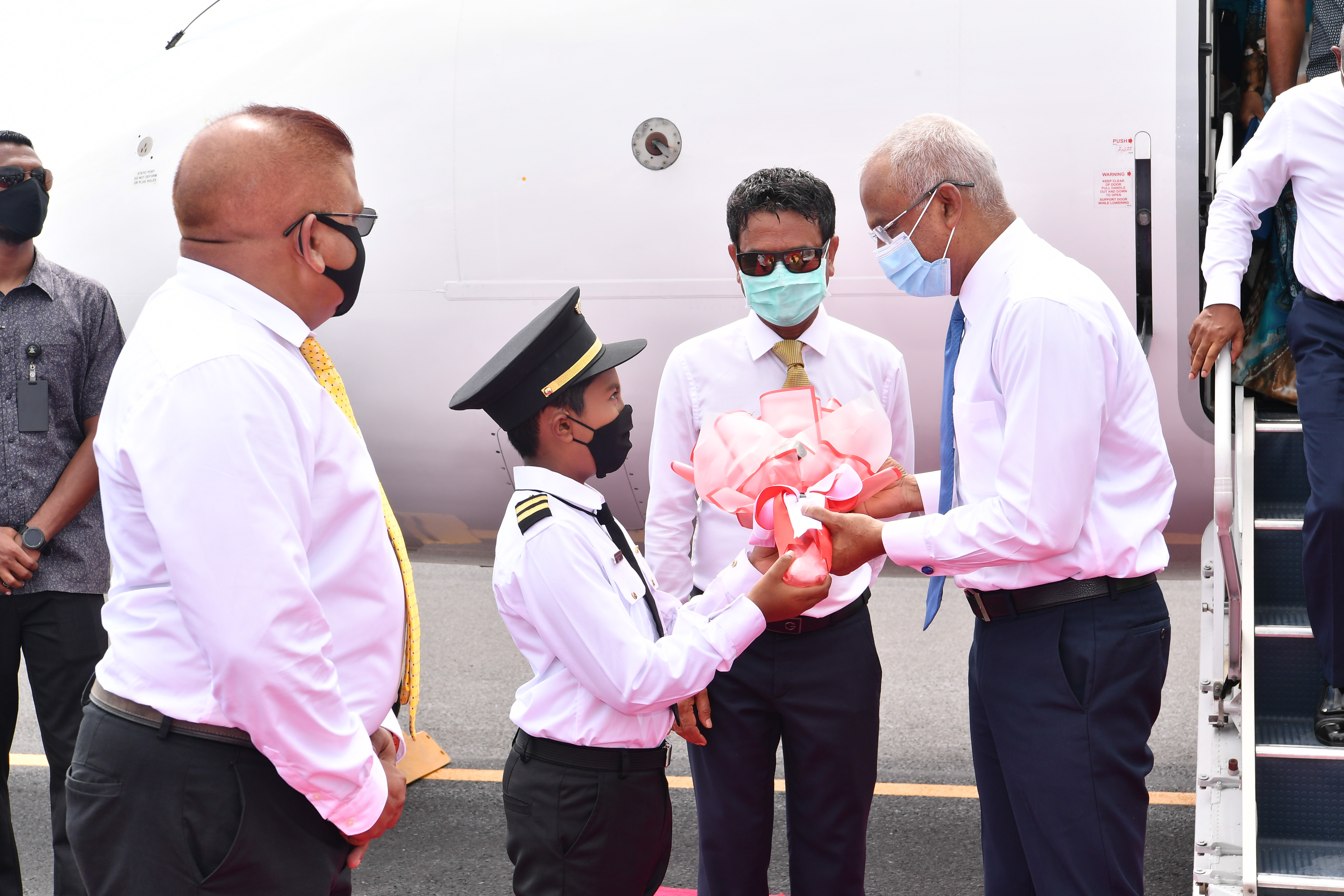 President Ibrahim Mohamed Solih has officially inaugurated the Hoarafushi Airport, at a ceremony held this afternoon at Hoarafushi Island in Haa Alifu Atoll. In his remarks, the President highlighted that establishing an airport in the area has been a longstanding aspiration of the residents of the region and that its completion marks an important milestone in this Administration’s efforts towards decentralisation.

In this regard, the President highlighted that, the new airport not only connected Hoarafushi with Malé City but that it would serve as the beginning of the development of the whole Ihavandhippolhu region. He went on to note that the airport would play a vital role in the development and connectivity of Thuraakunu, Uligamu, Molhadhoo, Ihavandhoo, Thakandhoo and Maarandhoo Islands.

Speaking further on the importance of an integrated transportation network to national development, the President highlighted on the recently established cargo ferry route between Kulhudhuffushi Island of Haa Dhaalu Atoll and Cochin in India. He then announced that within the next two to three weeks, a similar route would be established between Addu and Fuvahmulah Cities and Tuticorin in India.

Continuing, the President said his Administration plans to develop an airport in close proximity to every inhabited island, complemented with a comprehensive ferry network between them. He said this would allow for better movement of persons and goods and services. Highlighting on further developmental plans, the President went on to announce the development of Hanimaadhoo Airport – allowing for direct international flights – and the airport in Addu City.

The development of an airport in Hoarafushi Island delivers a campaign pledge of the President. It is the first airport to be developed in Haa Alifu Atoll. During his visit to the island, the President also attended a tea organised in his honour. He was accompanied on his visit to the island by Cabinet Ministers, Members of Parliament, and senior officials of Government offices and institutions. He concluded his visit and returned to Malé this evening.