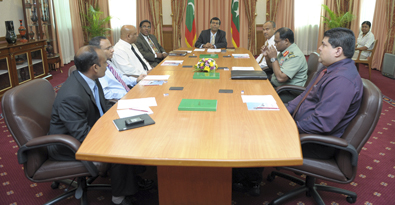 The reconstituted National Security Council has held its first meeting today at the President’s Office. President Nasheed who is also the Commander-in-Chief of the Armed Forces chaired the Council.

The members of the Council provided advice to the Commander-in-Chief of the Armed Forces and discussed matters of national security.