The nation has benefited every day since Majeediyya School's inception, says the President President Ibrahim Mohamed Solih praised the numerous contributions to national development by the alumni of Majeediyya School, stating that the nation had benefited every day since the school's inception. He made these remarks while speaking at the special function held to commemorate the 95th anniversary of the school.

Speaking at the function, the President emphasised that we are commemorating the successes of the school's continued efforts over the past 95 years to produce valuable young people. He also recalled the invaluable services rendered by the late Hussain Salahuddin, the founder of Majeediyya School, which marked the beginning of institutional education for Maldivian youth.

The President highlighted the priority accorded by parents to ensure quality education for their children and spoke about how the national education system had evolved. He noted that the establishment of Madhrasathul Salaahiyyaa marked the commencement of education on a national level.

Highlighting the development of the education sector over the years, the President spoke about the phases of progression and the many prejudices that had to be overcome. He stated that the education system today recognises the right of every child to a quality education and that the law requires the state and parents to ensure early childhood education and primary schooling for every child.

The President also described Majeediyya School as an institution representing pride and dignity in its pursuit of educational excellence. He stated that the institution is a proud legacy of the Maldives' heritage and that our national duty is to faithfully and safely pass it down through the generations as a valuable national treasure.

The President said that Majeedhiyya School has produced young people for every sector of national development. He also said that members of the school's alumni continue to serve in every industry and level, rendering invaluable services in various capacities. 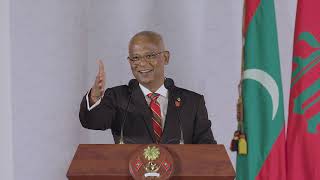 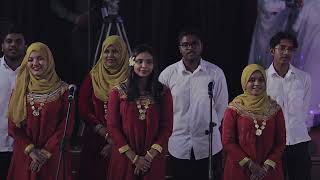