Peace and harmony within communities is the driving force behind reviving patriotism, says the President President Ibrahim Mohamed Solih stated on Thursday that the driving force behind reviving patriotism is peace and harmony within the community. He made the remark while speaking at the official ceremony held at Dharubaaruge to confer the National Award.

The President stated the importance of maintaining strong bonds with other nations as we live in a unified world and emphasised the significance of these relationships in embracing patriotism. The President said that every individual citizen plays a role in instilling the spirit of patriotism and maintaining peace and harmony in the country. He encouraged the citizens to abide by the laws and regulations formulated to protect individual and societal rights and urged everyone to prioritise the national interest.

Addressing the nation at the National Award ceremony, the President said that occasions such as these are opportune moments to reflect on the challenges and obstacles faced in safeguarding patriotism. He reminisced on the nation's revered heroes and their valiant sacrifices and remarked that threats to national interest in today's world are driven by ideology rather than conventional war. The President then spoke about the importance of imparting patriotic spirits into the hearts of everyone, especially children. 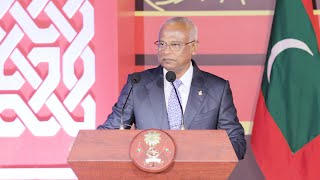 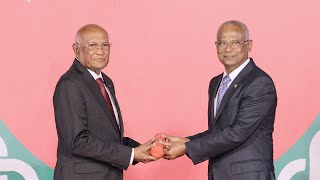