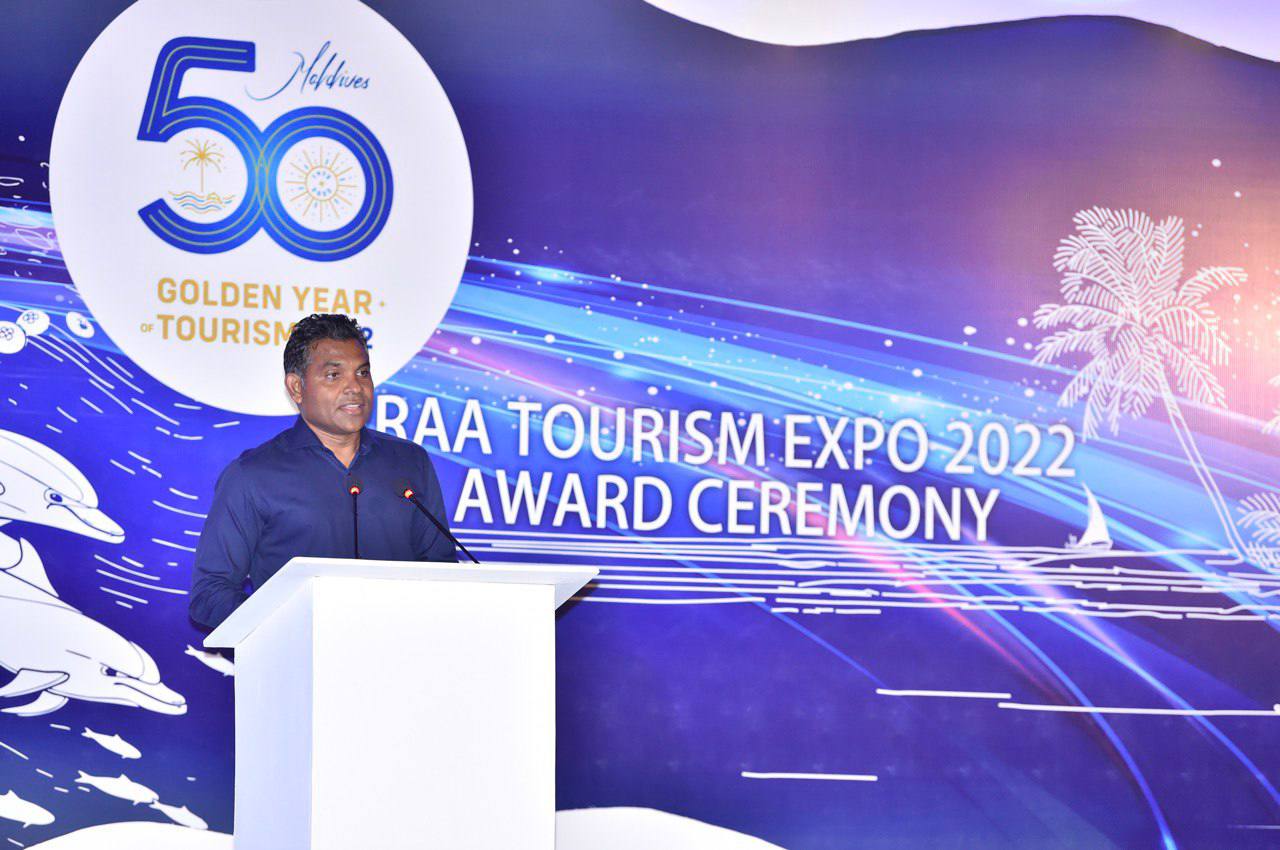 Vice President Faisal Naseem on Saturday attributed the success and milestones reached by the Maldives’ tourism sector to the hard work and dedication of the youth employed in the industry. He made the statement while speaking at the "Raa Tourism Expo 2022" awards ceremony held in Dhuvaafaru Island in the Raa Atoll. The exposition, initiated by the Raa Atoll Council, was held as part of celebrations to commemorate the 50th anniversary of tourism in the Maldives.

Speaking at the ceremony, the Vice President highlighted the diligence and labour of tourism sector employees over the past 50 years and extended his heartfelt gratitude to them. Noting the extraordinary sacrifices of tourism sector staff, especially the youth, who had been working away from their families, the Vice President thanked them for their invaluable contributions to the development of the sector.

At the ceremony, the Vice President presented awards to the winners of the handicraft exhibition held as part of the exposition and the recipients of the Atoll Resort Awards. The Vice President also received a commemorative plaque of appreciation from the Raa Atoll Council.