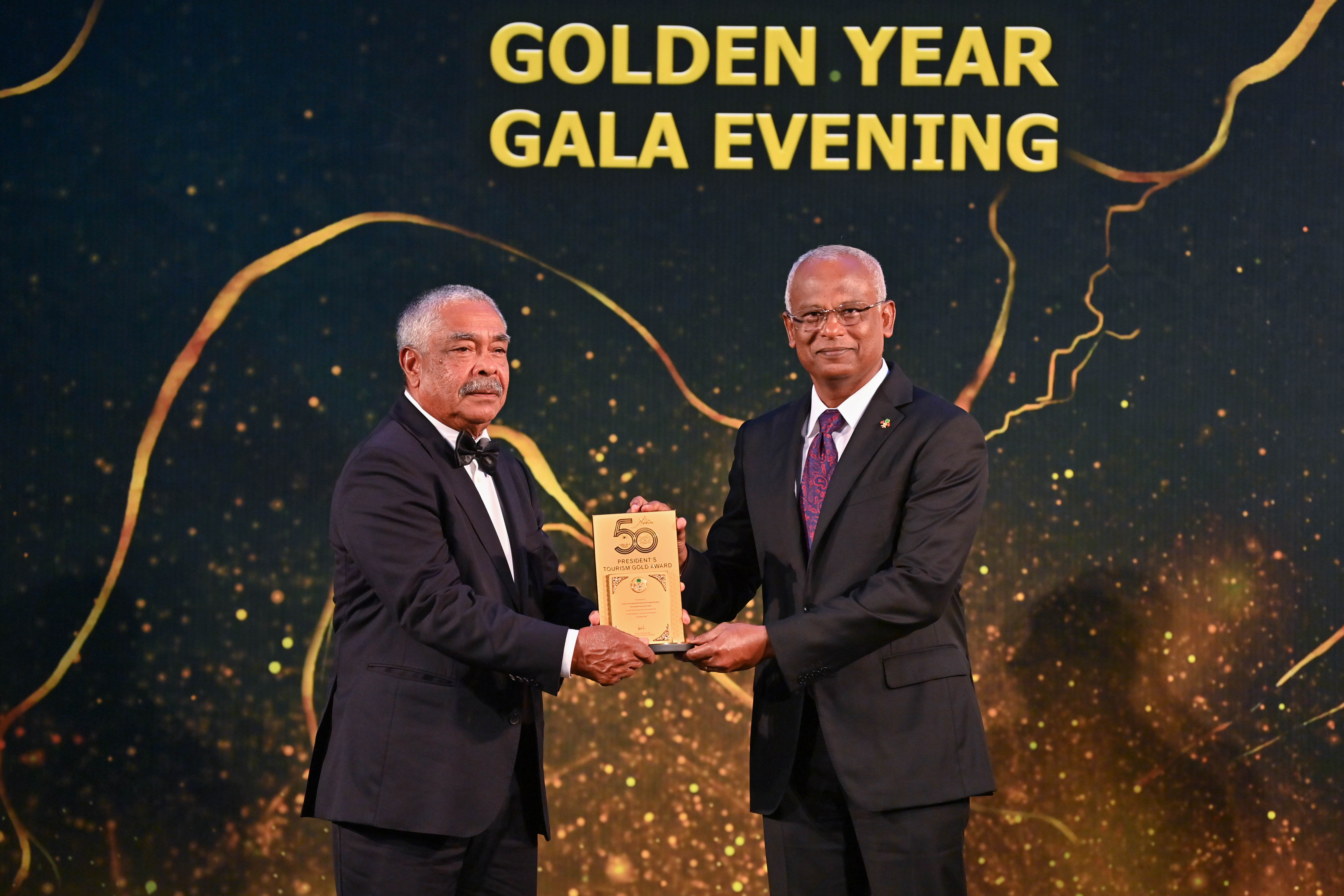 President Ibrahim Mohamed Solih on Monday stated that the role of any government is to design national policies that can be implemented through the legislative system, and that the Maldivian tourism industry became world-renowned because the private sector had complete autonomy over its development. He made this remark while speaking at the Tourism Golden Year Gala Evening, held at Kurumba Maldives this evening.

President Solih stated that a valuable lesson learned over the last 50 years since tourism began in the Maldives was the importance of maintaining a cordial relationship with the private sector, especially in industries related to national development. He said that allowing the private sector to do its work without government interference has yielded positive results thus far.

In his speech, the President reflected on the lessons derived from having a well-established tourism industry for 50 long years. He stated that anything was possible with perseverance, hard work, and determination, and he encouraged the younger generation of Maldivians to consider developing brand new industries that would benefit the country.

President Solih expressed his heartfelt gratitude to all those involved in promoting the country's tourism sector, including resort owners and operators, guesthouse operators, those who run safari vessels and dive centres, as well as travel agents, performing artists, and all tourism sector employees, and credited their efforts with the country's economic success. He stated that the rest of the world now recognises that the Maldives caters to all types of tourists, from luxury resorts to medium-sized businesses.

During the gala, the President conferred "The President’s Tourism Gold Awards" to 77 individuals, including the Speaker of the Parliament, Former President Mohamed Nasheed and Vice President Faisal Naseem, who had done outstanding work to promote the country's tourism sector over the last 50 years. The President was also presented with a commemorative plaque by the Minister of Tourism, Dr Abdulla Mausooom.

The Tourism Golden Year Gala evening is the final event hosted by the Ministry of Tourism to commemorate the 50th anniversary of tourism in the Maldives. The purpose of this event was to recognise all those who have contributed to the Maldives' tourism industry's success over the last 50 years. 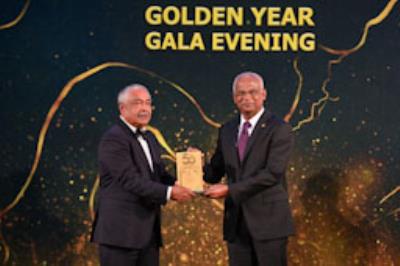 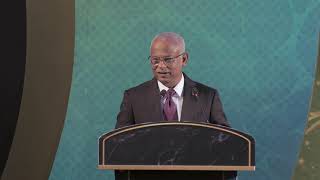 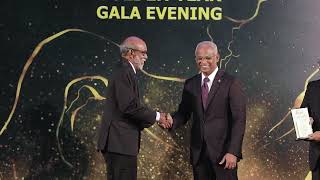