Thousands of new job opportunities in the tourism sector emerged in the last four years, says the President 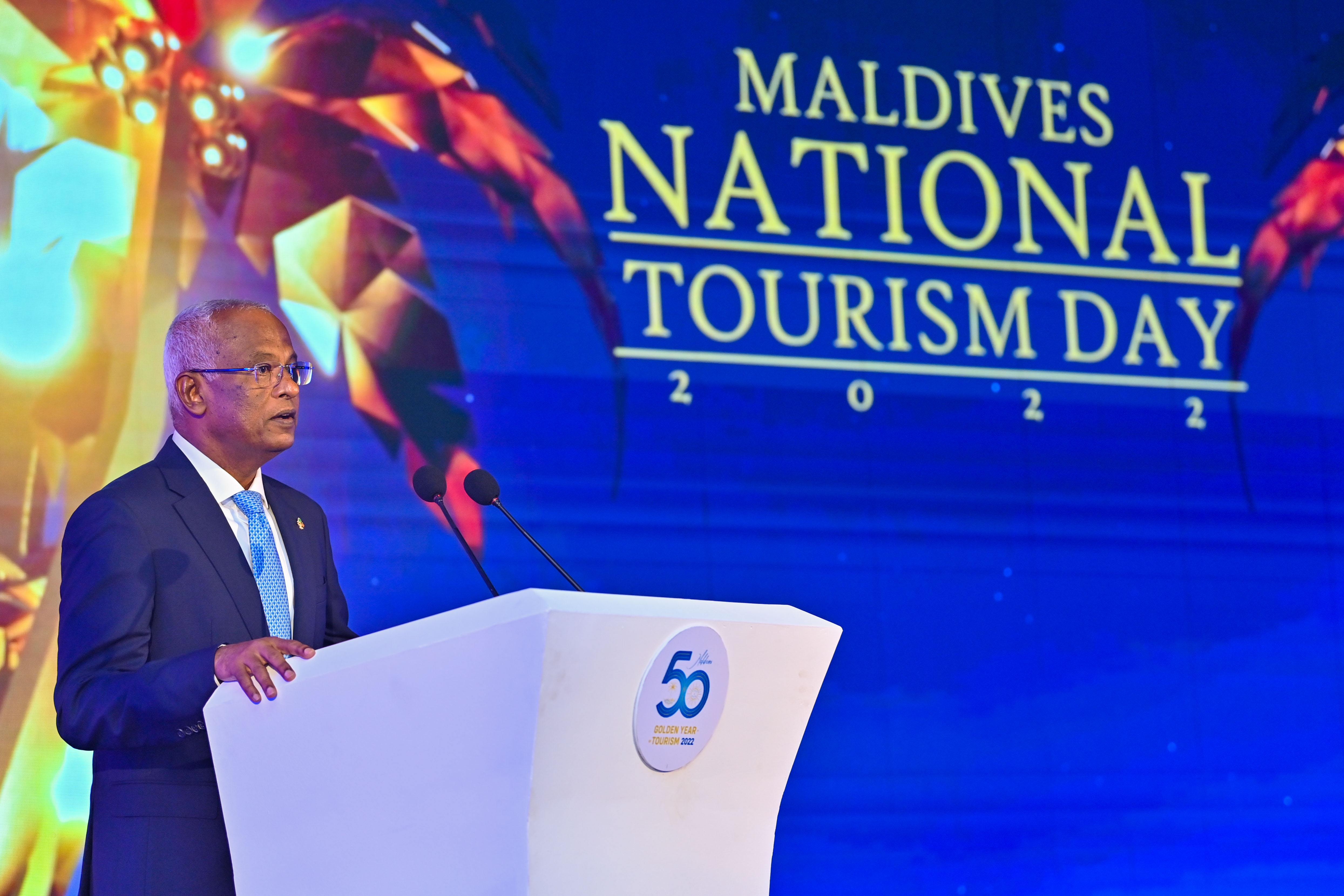 President Ibrahim Mohamed Solih on Sunday stated that thousands of new job opportunities have emerged in the Maldives' tourism industry over the last four years. The President made this remark while speaking at the ceremony held to commemorate the 1st National Tourism Day.

Highlighting the administration's efforts to expand tourism, the President stated that the administration's policy was to diversify the industry through partnerships with the private sector. He said that the aim was to expand tourism throughout the country, and noted the expansion of Hanimaadhoo Airport, Velana International Airport, and Gan International Airport. He also said that the development of airports, expansion of the seaplane network, and connecting the atolls across the country via Raajje Transport Link (RTL) ferries would boost opportunities for island tourism.

In his speech, the President reflected on how the tourism industry began and flourished in the Maldives. He thanked the Maldives tourism industry's pioneers for their endeavours and said that tourism had become the primary driving force of the Maldivian economy. He also stated that it was the responsibility of every citizen to uphold the unique Maldivian qualities that tourists come from far and wide to enjoy. The President identified genuine Maldivian hospitality as well as the Maldives' peace and tranquillity as important qualities valued by tourists and prompted all citizens to be mindful of these values.

The President had declared 3rd October as National Tourism Day. The day commemorates the opening of the first resort, Kurumba Village, on Vihamanafushi island, Kaafu Atoll, in 1972. 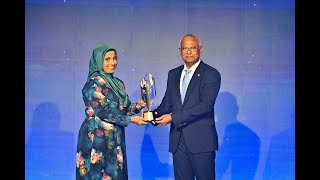 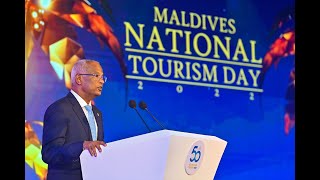 A whole-of-society approach required to combat corruption, says the President The Foreign Minister asserts the Maldives' commitment to work with OACPS to address shared challenges The World Bank Vice President for South Asia pays a courtesy call on the President The President announces additional government holidays for 2023 The Rajanukul Institute offers scholarships during meeting with the First Lady