The administration’s primary focus next year will be to improve the health sector, says the President President Ibrahim Mohamed Solih on Sunday stated that the administration’s primary focus next year will be to improve the healthcare sector. He made the remark at a meeting held at the President’s Office with senior officials from healthcare providers across the Maldives.

President Solih stated that the administration will prioritise the development of healthcare services in the coming year, and that some transformative changes in the sector have already been achieved. However, he noted that that there was still room for improvement in healthcare services.

At the meeting, the managers of health centres from across the country highlighted the recent notable achievements in the sector. They also discussed with the President the need for the standardisation of healthcare centres; staff shortages; mobile laboratory management; the steady supply of prescription drugs; and mechanisms for managing public health services.

The President briefed participants on the administration's plans to improve the healthcare sector further and provided updates on the status of ongoing initiatives. He also assured them that the health sector would soon see some progressive changes.

Vice President Faisal Naseem also attended the meeting. He stated that this administration had surpassed all previous government in reforming healthcare services in the atolls across the country. 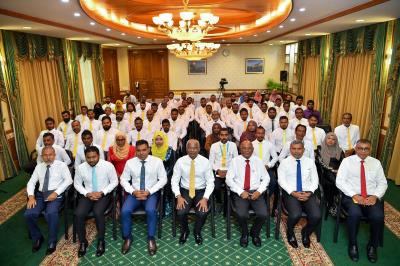 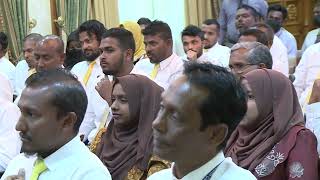