The administration spent MVR4.6 billion on PSIP projects so far this year, says the Spokesperson 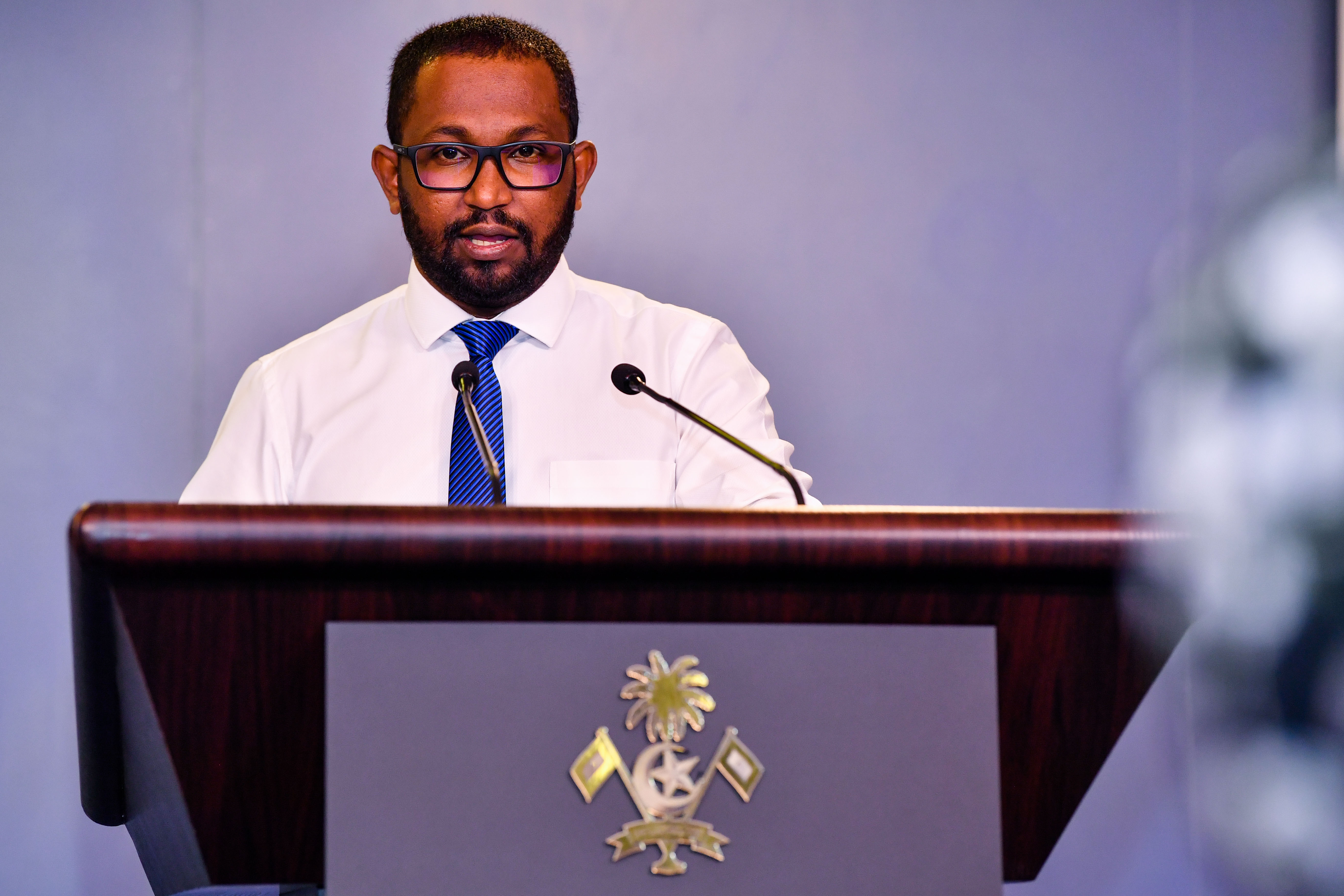 The press conference today focused on sharing information on the PSIP projects initiated by the administration.

Speaking to reporters, Miuvaan highlighted that the administration had spent MVR4.6 Billion on PSIP projects by the end of August and that it accounted for 76 per cent of the total budget allocated for PSIP projects from the state budget. He detailed the progress of the projects in various developmental stages and conveyed statistical updates as well.

The Spokesperson also shared insight into the notable events of the past week and elaborated on some of the upcoming events. He highlighted President Ibrahim Mohamed Solih’s recent visit to four islands of Haa Alifu and Haa Dhaalu Atoll. The President met with the island councils and Women’s Development Committee (WDC) members, during which the representatives expressed their appreciation to the President for bringing development to the islands without bias. Miuvaan noted that, previously, the primary concern of council representatives was delays in providing essential services. However, he said that this was no longer the case as the administration has been adamant in developing infrastructure in the islands.

The President is scheduled to participate in events celebrating the 50th anniversary of tourism in the Maldives and will attend the Tourism Golden Year Appreciation Reception held tonight.