President Ibrahim Mohamed Solih on Tuesday afternoon met with the members of the island council and the Women’s Development Committee (WDC) of Utheemu Island in Haa Alifu Atoll. The meeting was held at the Council Secretariat of the island this afternoon.

At the meeting, the members noted the administration's efforts in reaching new milestones in the development of Utheemu Island. They highlighted the successful completion of the sewerage project and the ongoing water supply facilitation project.

The members of the council and WDC also shared the concerns of the island’s residents with the President. Some of their concerns include space constraints in the Council Secretariat; harbour development; budget constraints that hinder waste management; the need to develop roads; and the need to develop more housing opportunities on the island. They also discussed their plans to develop the Utheemu Ganduvaru as the Ghaazee Bandaarain Maidhaan.

Elaborating on their plans to develop the Utheemu Ghaazee Bandaarain Mosque, the council members said that the mosque was built years ago, however, they have not been able to open it due to the low quality of its construction. They also noted that Utheemu had several valuable heritage sites, including the Dhooni Thundi Beach, which eroded after the harbour development.

Speaking to members of the council and WDC, President Solih assured them that the administration would find ways to address their concerns by consulting relevant authorities. The President also shared more information on the progress of the ongoing developmental projects on the island. He stated that the construction of a new mosque would be added to next year’s budget.

Following the council meeting, the President and the First Lady officially inaugurated the "Utheemu Bandaarainge Ruh Dhandu"—a coconut palm plantation adjacent to the Utheemu Ganduvaru where they palm trees are planted. They also watched the MNDF military parade held on the island to commemorate this year’s National Day.

During the current visit to Haa Alifu and Haa Dhaalu Atolls, the President will be visiting Dhidhhoo Island in Haa Alifu Atoll next. The President is accompanied by cabinet ministers and senior government officials. 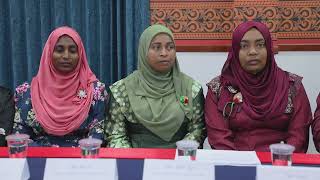 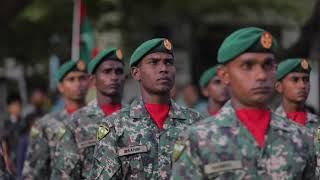