The President recognised the efforts of FENAKA Corporation in developing the nation, stating that the people and the administration had faith in the company and all of its employees. He stated he also believes that FENAKA Corporation would make informed decisions based on the public’s most urgent needs.

The President also acknowledged the hard work of all the companies that worked tirelessly during the Covid-19 pandemic to complete various developmental projects. He provided updates on the ongoing projects and the initiatives that have been planned for H.A. Utheemu. President Solih noted the historical significance of Utheemu Island and said that the recently developed ferry network has made the island more accessible to everyone.

A formal inauguration ceremony was held in front of the new powerhouse, attended by First Lady Fazna Ahmed, cabinet ministers, members of parliament, senior government officials, and the leaders of Utheemu Island. The President toured the new powerhouse and the office building and enquired about the planned work.

The old powerhouse on Utheemu Island was constructed over 24 years ago and was located in a residential area. The new powerhouse has a capacity of one megawatt and is designed to maintain four gensets of 600 kilowatts each. 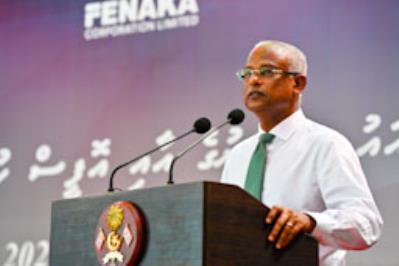 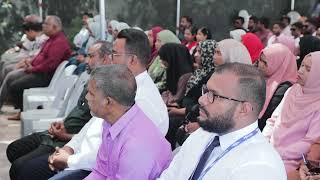