Upon arrival, the President and the First Lady were greeted by the Minister of Defense, Uza Mariya Ahmed Didi, and the Minister of Home Affairs, Sheikh Imran Abdulla. A special prayer was recited at the ceremony.

The President and the First Lady were accompanied by cabinet ministers and senior officials from the government at the ceremony.

The National Day is celebrated on the first of Rabī'al-Awwal every year. 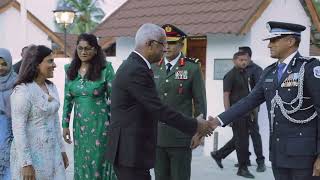 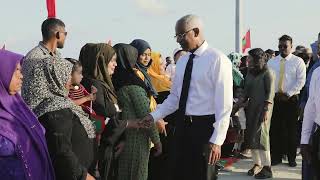