President Ibrahim Mohamed Solih on Wednesday night announced his decision to amend the Evidence Act, which was ratified in July of this year, in order to address the concerns of journalists. He made the remark at the first annual "Maldives Broadcast Award 2022" organised by the Maldives Broadcasting Commission. First Lady Fazna Ahmed accompanied the President at the ceremony.

President Solih stated that there were concerns from journalists about the amendments that were brought to section 136 (b) of the Evidence Act, and that has met with journalists to discuss their concerns. The President said that the administration would address these concerns as it had previously by repealing the Defamation and Freedom of Speech Act which curtailed press freedom.

In his speech, the President spoke about the history of broadcasting in the Maldives and the benefits that television and radio broadcasting had brought to society. The President also presented lifetime achievement awards to Ibrahim Manik and the late Zahidha Ibrahim. The two notable figures made significant contributions to raising awareness about various issues throughout the Maldives.

The President appealed to all journalists to practice journalism responsibly and to uphold ethical standards. The President also emphasised the importance of providing journalists with opportunities for capacity building and skill development, highlighting the role of the Maldives Broadcasting Commission and the Maldives Media Council in facilitating such opportunities, adding that the administration would support such efforts. 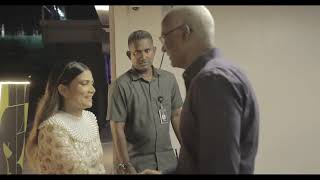 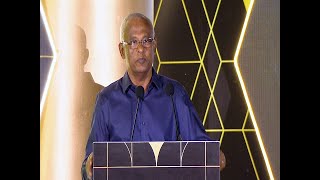