President Solih said that the Maldives holds ground at the forefront of international tourism markets today due to the hard work and determination of the industry pioneers. He recognised the success of the tourism industry’s founders, who had to overcome numerous challenges in shaping the industry to what it is today, and acknowledged those who are currently involved in realising these goals. He emphasised the government’s willingness to contribute to the progress of tourism by listening to the industry’s stakeholders.

The President also highlighted the numerous challenges encountered during the COVID-19 pandemic and revealed that MATI was one of the very first groups he met with after the news of the pandemic broke. President Solih said that closing Maldives' borders was one of the most difficult decisions by far and that many had opposed the government's decision to reopen its borders in July, 2020. He noted that the decision was pivotal to reviving the country's economy.

The President stressed the challenges faced in the development of tourism, and noted that the government was actively working towards increasing the capacity of Velana International Airport (VIA) to keep pace with the industry’s growth. He said the completion of the VIA passenger terminal, which is currently under construction, would increase the terminal's capacity to 7.2 million passengers per year, adding that the development of more airports in the atolls would help broaden tourism reach.

The Golden Jubilee Award Ceremony, organised by the MATI, was held at the Kurumba Maldives Resort, which was the first resort to open in the Maldives. 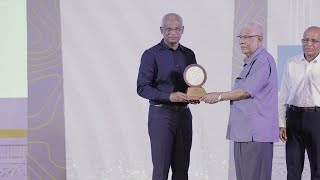 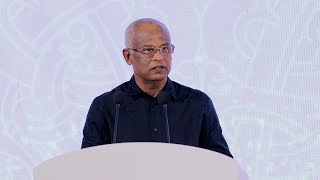