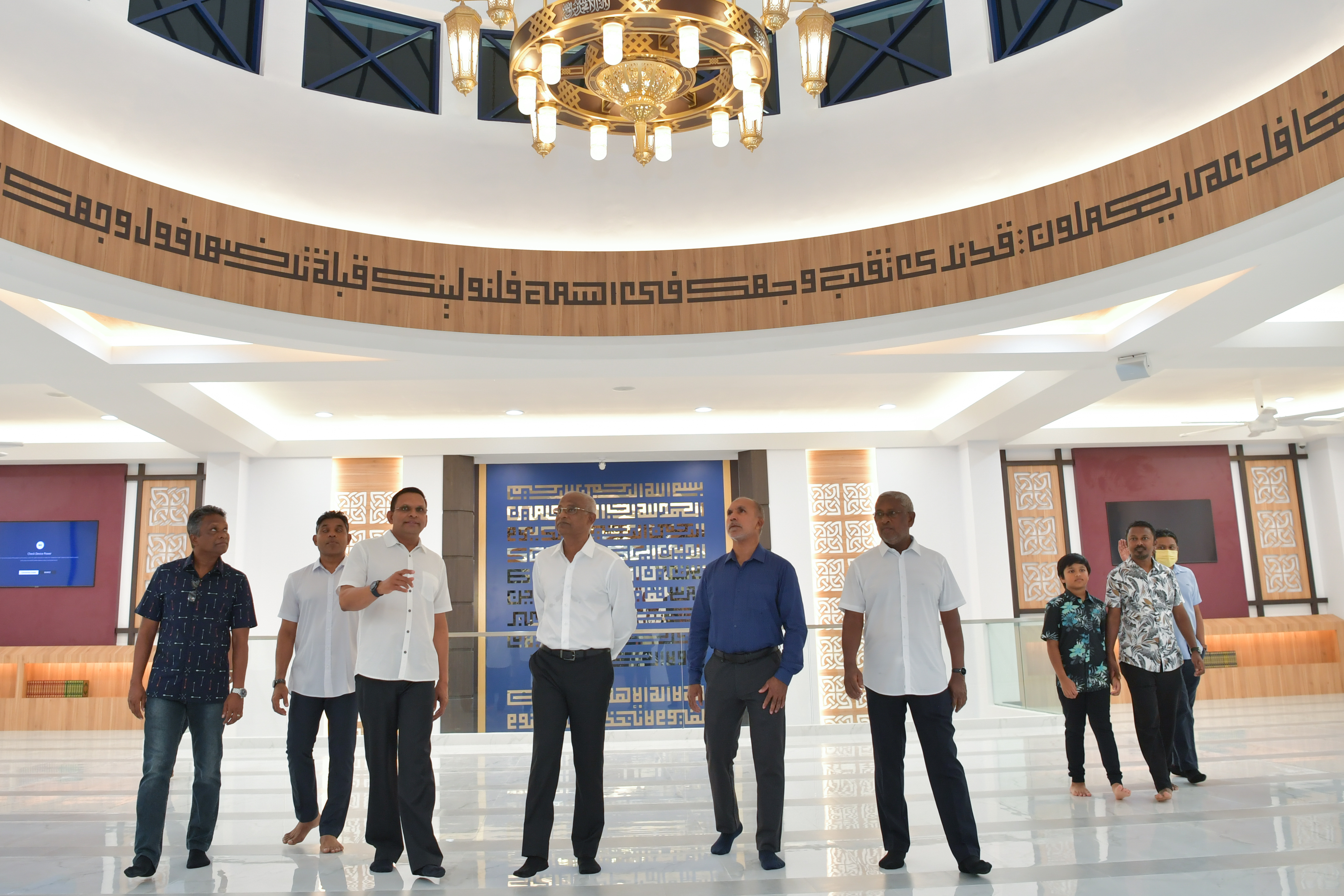 President Ibrahim Mohamed Solih on Saturday evening officially opened the newly developed "Masjid Rasheed" in Hulhumalé. A special ceremony was held in the mosque before Isha prayers to mark the mosque's opening.

Rasheed Carpentry and Construction Pvt Ltd (RCC) built the new mosque as part of its corporate social responsibility in memory of the late Abdul Rasheed. The mosque, built to a contemporary design, can accommodate 1,200 people and includes a wing for women.

At the ceremony, the Managing Director of RCC presented the President with a replica of the mosque. After opening the mosque, the President, accompanied by Vice President Faisal Naseem, joined the Isha prayer congregation. The Minister of Islamic Affairs, Dr Ahmed Zahir, was also in attendance. 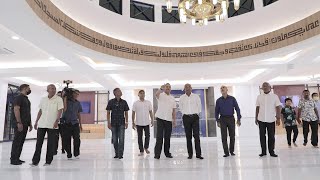