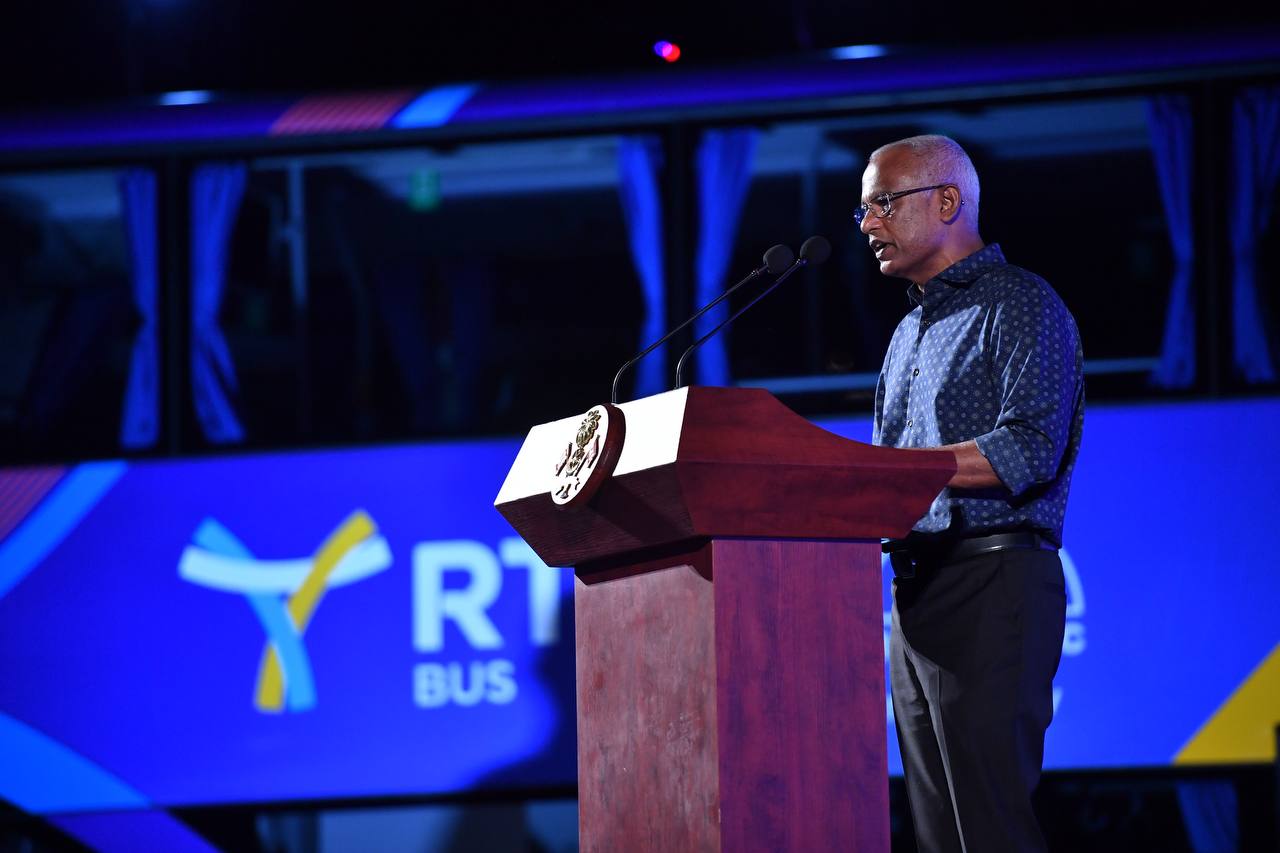 President Ibrahim Mohamed Solih on Wednesday said that introducing the Raajje Transport Link (RTL) Bus Service would ease the transportation difficulties faced by the residents of Hulhumalé, especially those living in phase II. He made the remarks after launching the RTL Bus Services at a ceremony held in Hulhumalé. Vice President Faisal Naseem, cabinet ministers, senior officials of the government and the Maldives Transport and Contracting Company (MTCC) attended the ceremony.

RTL is a subsidiary of MTCC. The company procured 15 buses, with a capacity of 86 passengers each, to commence the service. Speaking at the ceremony, the President said that the administration had been working to establish the essential services required by the residents of Hulhumalé phase II. He noted that the development of new schools, mosques, healthcare facilities, and roads is progressing.

The President also noted the residents’ numerous grievances filed with the President’s Office and assured them that the administration is closely monitoring the housing situation and continuously addressing their concerns. The President also highlighted the importance of expanding essential services in Hulhumalé phase II, as the resident population is expected to rise to 70,000 soon. Speaking further, the President commended the efforts of MTCC, stating that the company had made considerable progress in realising the administration’s goals of establishing an efficient, affordable, convenient, and sustainable nationwide transportation network. 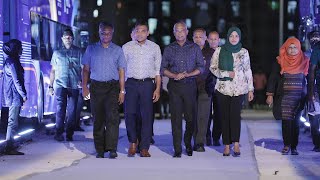