The development of new schools to cater to the growing student population is underway, says the Vice President Vice President Faisal Naseem on Tuesday affirmed the administration’s commitment to strengthening further the education sector, including developing infrastructure to cater to its growing needs. He made the remarks while speaking at a ceremony held in Hulhumalé to commence the development of the Ajial Bilingual School.

Introducing the development of the new school as an essential addition to the administration’s quest to deliver quality and holistic education, the Vice President noted that, in Hulhumalé alone, five new school buildings are currently in different stages of development. Two of them are preschools.

The Ajial Bilingual School is developed and managed by Kuwait-based Aljeri Holding Group. Featuring modern facilities, the new school would be operated as an international bilingual school for students from the lower kindergarten to the twelfth grade, offering education in both English and Arabic. The project would be completed in two stages, with primary and foundation key levels established in the first phase.

The Vice President further emphasised the administration’s commitment to strengthening educational and academic cooperation with local and international partners under the guidance of President Ibrahim Mohamed Solih. He added that the partnership with Al-Jeri Holding Group is critical to the government’s plans to diversify the teaching environment and find ways to meet the ever-increasing demand for premier education services.

The Vice President also stressed the need to protect children’s rights, especially against violence, exploitation, and abuse. "It is our duty as policymakers, parents, guardians, and community members to ensure our children, the future of our nation, are safe and looked after," he said. "We must take every step necessary to ensure they are safe in their homes, schools, and everywhere else."

He further assured that the administration would make every effort to protect children from all forms of abuse. He concluded his remarks by noting that the Ajial Bilingual School, with its modern educational facilities, would be an excellent addition to the education system and contribute to the development of generations of future leaders. 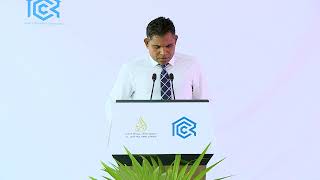 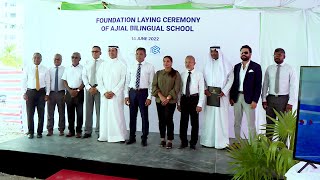