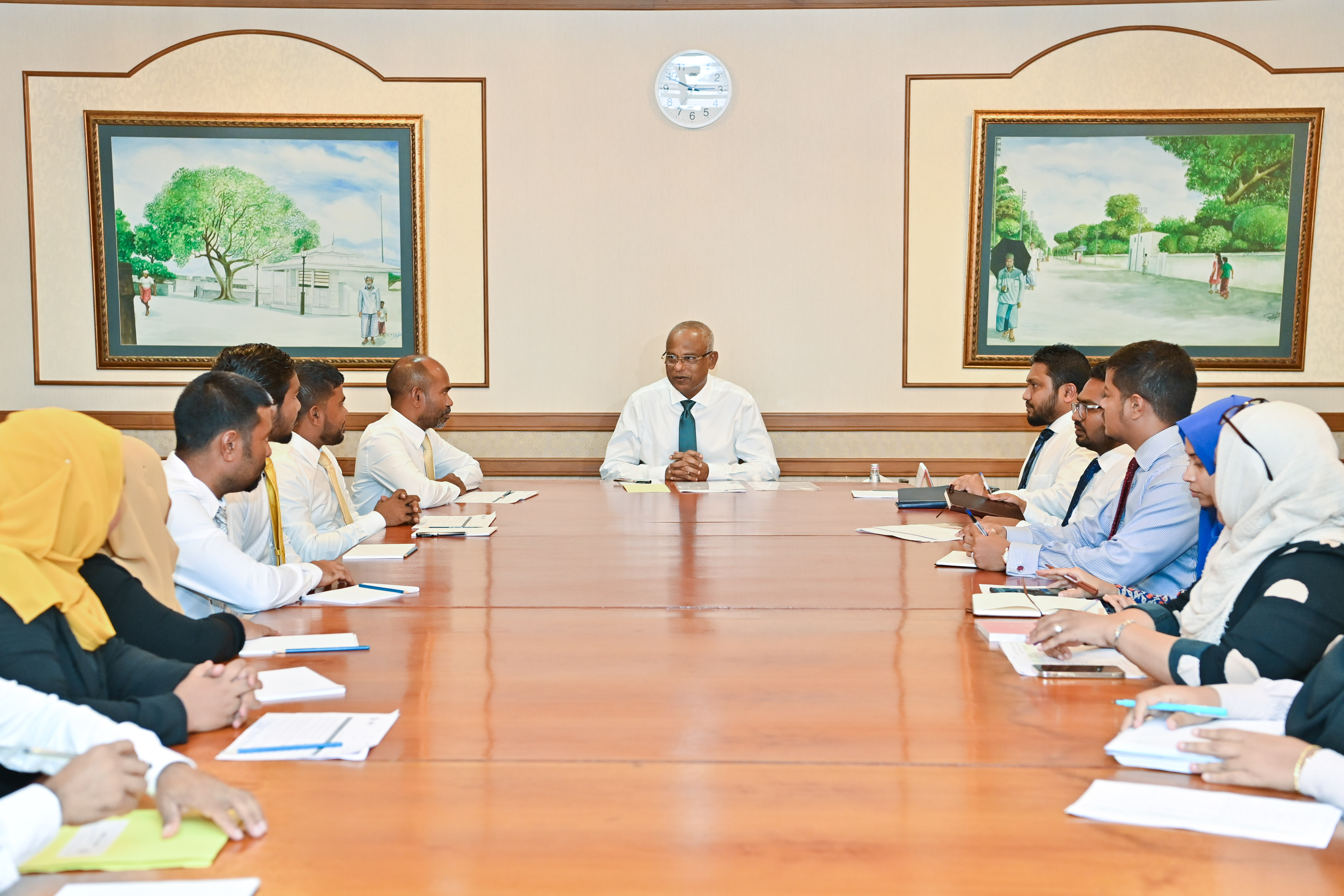 President Ibrahim Mohamed Solih on Thursday met with the council members of Kondey Island in the Gaafu Alifu Atoll. The meeting took place at the President’s Office this afternoon.

At the meeting, the council members stated the island had seen more progress under President Solih’s administration than it had in the past 40 years. They noted that five major projects had been completed and that an additional four projects were currently underway.

The council members also shared with the President their developmental needs, including expanding the harbour, improving healthcare services, and developing more classrooms at the school, in addition to building 50 housing units and improving banking services. The council members concurred that tourism could be further developed on the island and surrounding areas, and discussed ways to enhance the island’s economy.

President Solih briefed the council members about the latest updates on the ongoing projects on the island. Relating to the concerns raised by the council members, the President said that funds had been earmarked in the budget for the development of four classrooms, and assured them that steps would be taken to address their concerns. He went on to reiterate that the administration would provide equal opportunities for all islands, despite their size or population.