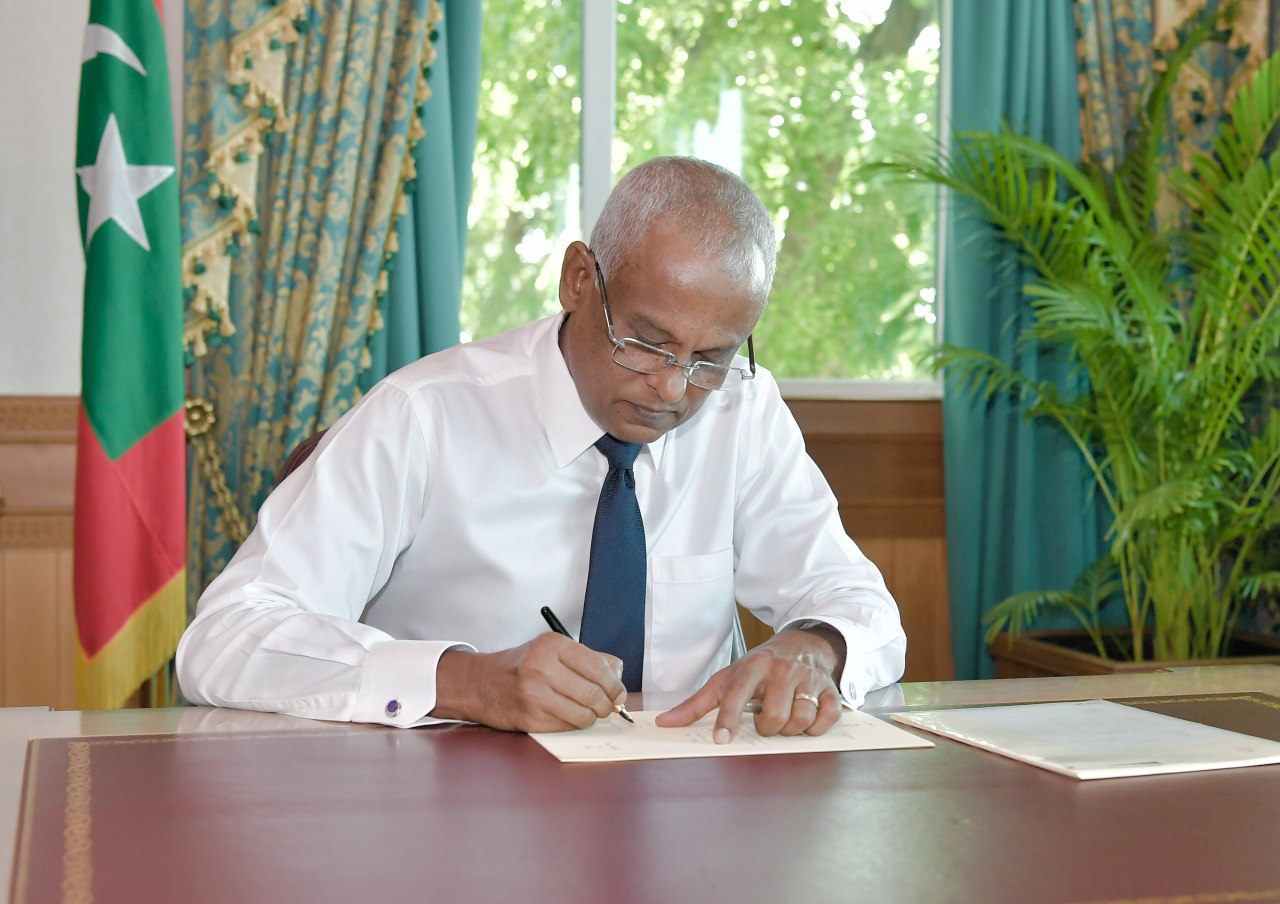 President Ibrahim Mohamed Solih on Tuesday ratified the seventh amendment to the Civil Service Commission Act (Act No. 5/2007). Parliament passed the amendment at its 35th sitting of the first session, held on Monday, April 25, 2022.

The bill addends subsections to Section 17 of the law, specifying the duties and obligations of the Commission’s President. Among these responsibilities are: implementing decisions of the commission; presiding over commission meetings; and advising and instructing the commission on carrying out its role in a sound manner that produces effective results under the Constitution and the country’s laws.

Following ratification, the law was ‎published in the Government Gazette and has come into effect.