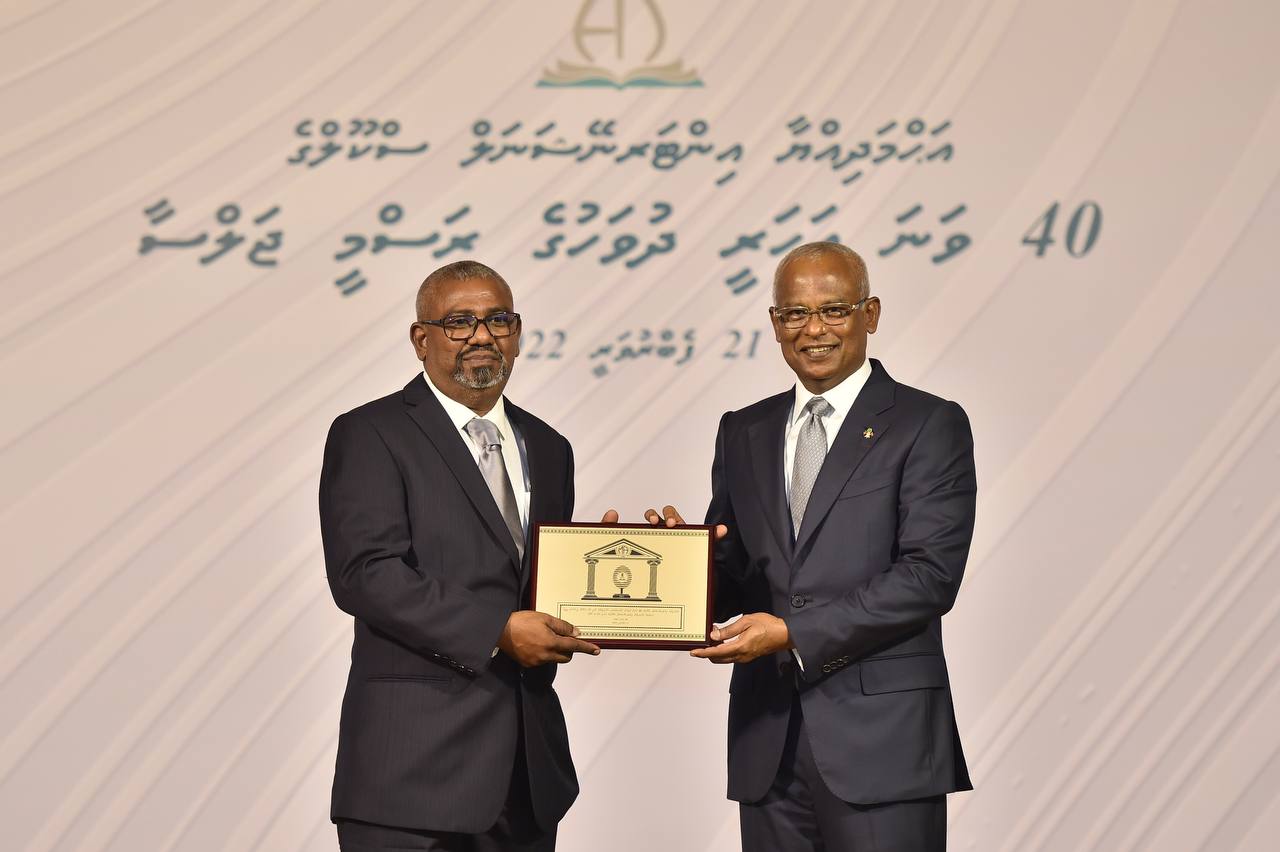 President Ibrahim Mohamed Solih on Monday evening said that the most significant accomplishment of Ahmadhiyya International School had been educating generations of productive alumni. He made the statement while speaking at the ceremony held to mark the 40th anniversary of the school.

President Solih emphasised that the alumni of the school today serving as parliamentarians, senior government officials, and in a wide array of technical fields is a testament to this fact. Noting the great strides made in the education sector over the past 40 years, he recognised the contributions made to the education sector by the founder of Ahmadhiyya International School, the late D. Ahmed Didi, in providing opportunities for students to prosper in academia, sports and extracurricular activities.

The President also spoke about the numerous milestones reached by the school over its history. Acknowledging the limitations faced by the school due to space constraints, he said that the administration was working to provide the necessary assistance in this regard.

On the administration’s commitment to building generations of educated and skilled youth, President Solih spoke about the administration-led higher education initiatives and job creation. On this note, he said that the numerous infrastructure projects carried out across the country would aid in creating jobs in technical fields, and specified the project to develop tertiary hospitals, in addition to renewable energy and water supply projects.

At the ceremony, President Solih presented a special award in memory of the school's founder, the late D. Ahmed Didi, and gave away plaques of recognition to faculty members who have served the school for over 25 years. Afterwards, he toured a gallery about the school’s history.