The new Japanese Ambassador presents credentials to the President 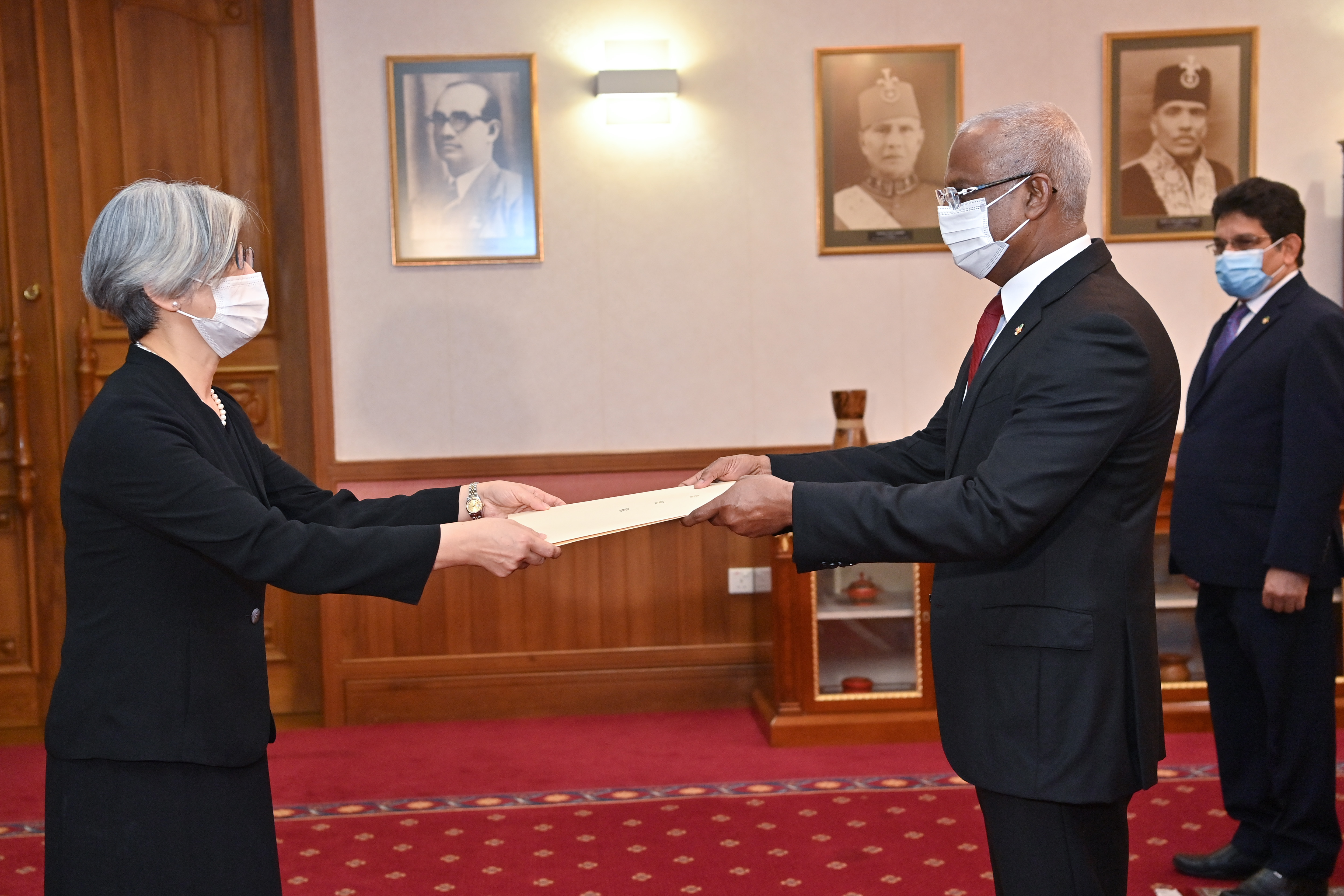 H.E. Takeuchi Midori, the new Ambassador of Japan to the Republic of Maldives, presented her credentials to H.E. President Ibrahim Mohamed Solih. The ceremony was held at the President’s Office this morning.

Welcoming the new Ambassador and congratulating her on her new appointment, President Solih highlighted the key role played by her predecessor, H.E. Keiko Yanai, in improving bilateral relations between the two countries. He expressed hope for continuing and further strengthening existing relations during the new Ambassador’s tenure.

Speaking at the meeting, the Ambassador highlighted that this year marks the 55th anniversary of establishing diplomatic relations between the two nations, expressing hope to further strengthen bilateral ties and work together on regional and global issues.

President Solih expressed his appreciation for the significant contributions made by the Japanese government across various sectors of the Maldives. The President happily noted the Japanese assistance to the Maldives during the Covid-19 pandemic, stating that the Covid-19 Crisis Response Emergency Support Loan was the largest concessional loan received from Japan to combat the pandemic.

President Solih thanked the Japanese government for its ongoing development projects in the Maldives, mentioning the Sea Wall Renovation project, Digital Terrestrial Television Broadcasting Project, and also thanked the Japanese Government for the assistance received for the development of Maldives Health Sector, Education, Sports, Agriculture and community development. He also noted the scholarship opportunities received under the Japanese Development Scholarship Programme to strengthen human resource capacity in the Maldives as some of the significant contributions.

The Ambassador expressed her desire to further address the Maldives' developmental needs and strengthen cooperation in various sectors of the Maldives including fisheries, agriculture, environment, disaster prevention, countering Climate Change and enhancing governance. The President and the Ambassador further explored avenues for increasing cooperation between the two countries.

The Maldives and Japan established diplomatic relations in 1967. 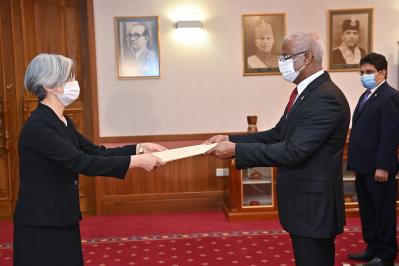 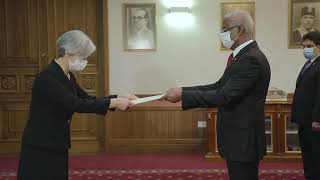