President Ibrahim Mohamed Solih on Saturday met with members of the Gaafaru Island Council and Women's Development Committee during his ongoing visit to the island in Kaafu Atoll. The President, accompanied by Vice President Faisal Naseem, is in Gaafaru to join official celebrations to mark the 41st National Fishermen’s Day.

Discussions at the meeting focussed on the administration’s developmental plans for the island. The council members expressed their gratitude, and that of the residents, for the development of a 25-tonne ice plant and the introduction of a police post on the island.

Sharing the most pertinent needs of the residents with the President, the council members mentioned land scarcity, upgrading healthcare services, beach erosion, and delays in commencing the water and sewerage network project. They also discussed difficulties due to space constraints in the school and the need for improved waste management facilities and banking services.

Members of the WDC shared with the President the challenge of delivering their responsibilities due to a lack of dedicated office space.

Afterwards, President Solih visited the Health Centre. Prior to the meeting, he visited the newly established police post on the island and met with the staff. Minister of Home Affairs Sheikh Imran Abdulla inaugurated the police post this morning. 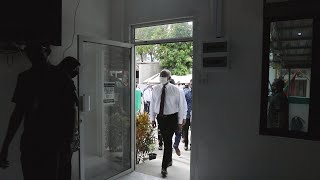 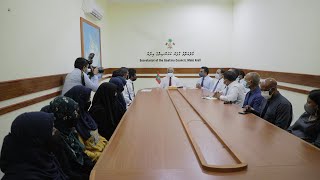