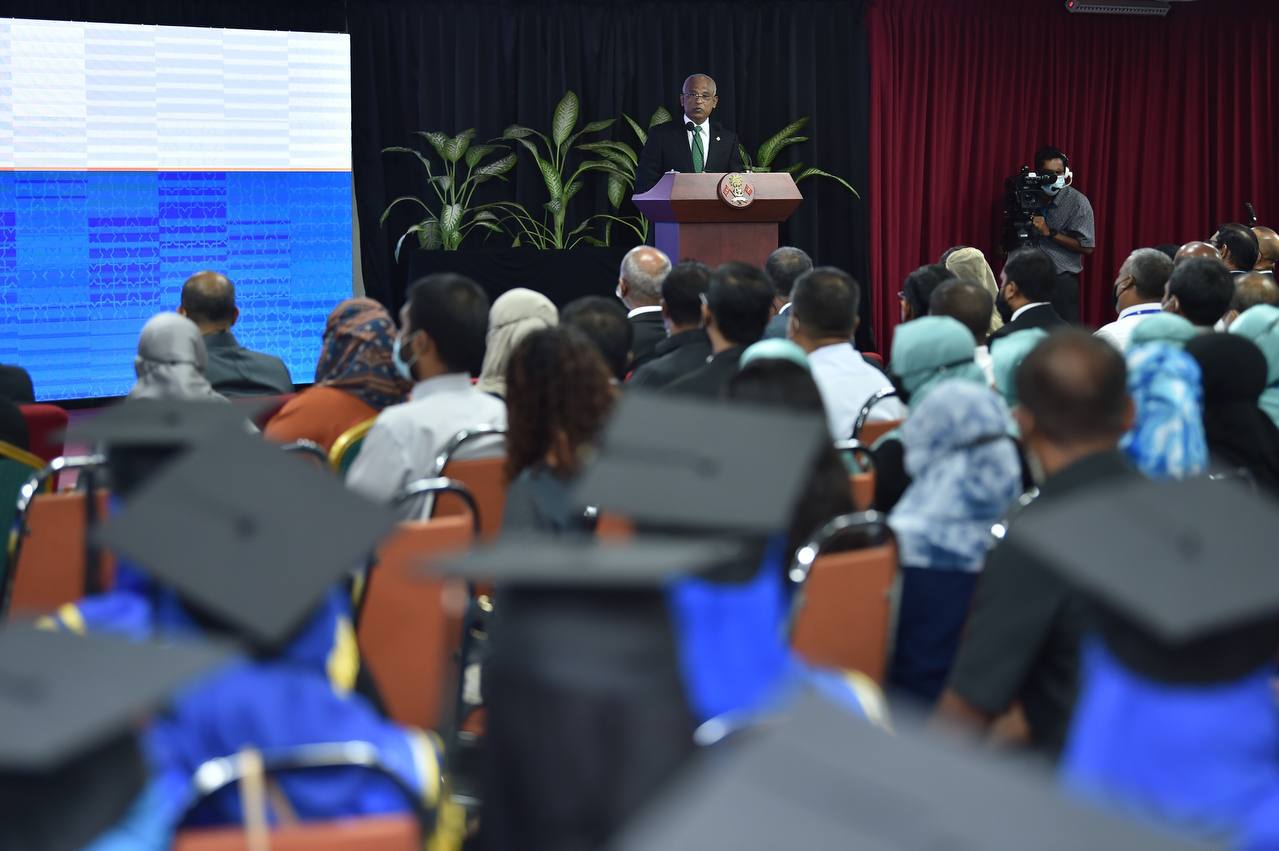 President Ibrahim Mohamed Solih has pledged that his government will prioritise broadening the spread of religious knowledge and teachings in the nation. He made this statement tonight while delivering remarks at the graduation ceremony of students enrolled at the National Centre for the Holy Quran.

Speaking at the event held at the Islamic Centre, President Solih said broadening religious learning and knowledge in the Maldives is one of the key pledges under the Jazeera Raaje vision. He also announced that the government is planning to begin sponsoring living costs for any students enrolled in a course to memorise the Holy Quran outside of their resident island, starting next year.

The President congratulated all the graduates at tonight's ceremony, remarking that they had just completed their studies in a major sphere, as Quran teachers, Imams and other religious guides had always played a key role in our society. He continued to underline the importance of learning to recite the Holy Quran, the feelings it evokes within listeners and the lessons to learn from the holy verses.

President Solih ended his remarks reiterating his congratulations to the new graduates, expressing his confidence that they would prove themselves as model citizens in our society. Cabinet ministers and senior officials from the government accompanied the President at the ceremony.