US Ambassador pays farewell call on the President 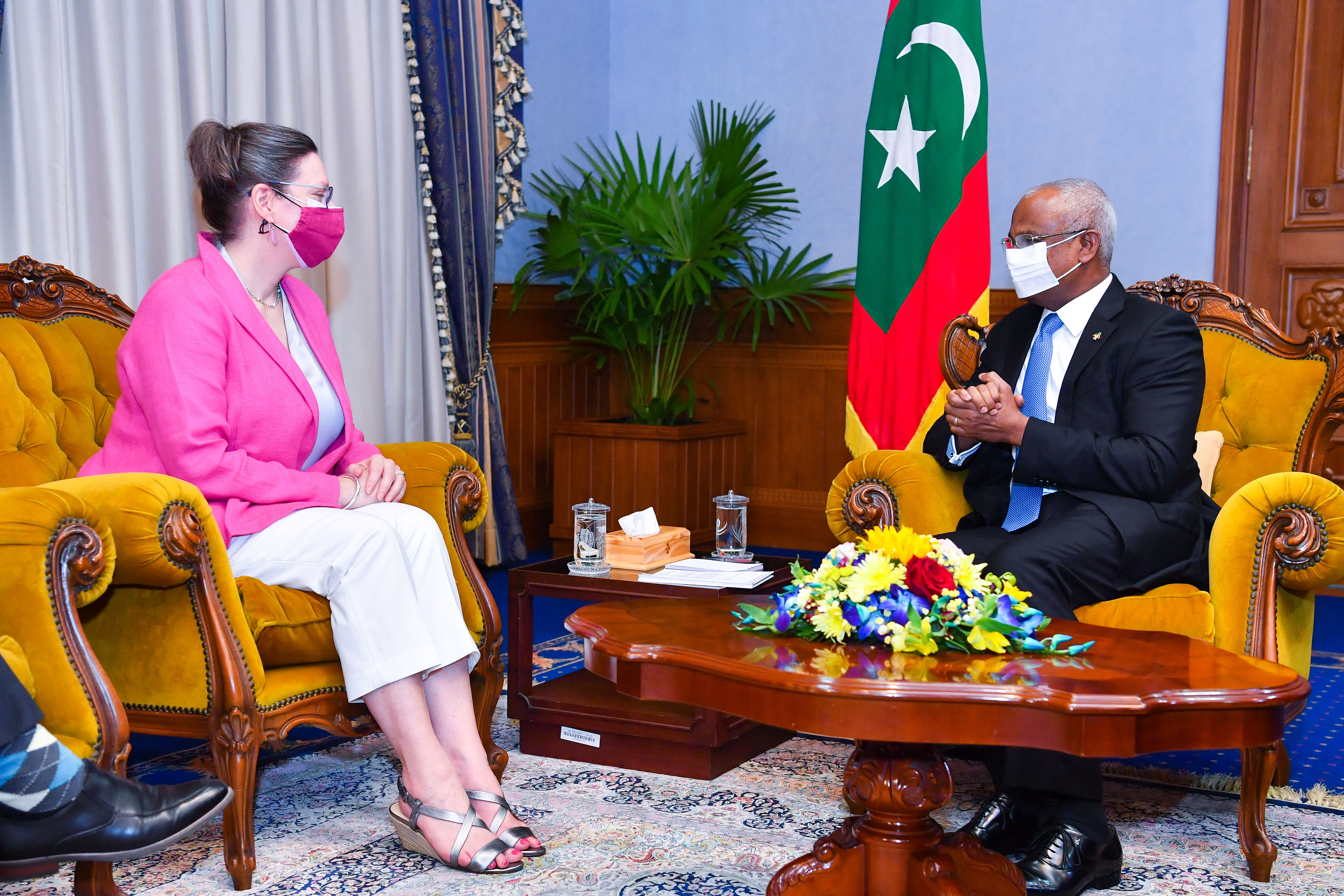 The Ambassador of the United States of America to the Maldives, Her Excellency Alaina Teplitz has paid her farewell call on His Excellency Ibrahim Mohamed Solih, the President of the Republic of Maldives. The meeting was held this morning at the President’s ‎Office.‎

At the meeting, Ambassador Teplitz and President Solih discussed avenues of further cooperation between the two nations. The President thanked the Ambassador for America’s assistance in key common areas of interest such as human rights, good governance, democracy consolidation, socioeconomic development and counterterrorism.

Speaking at the meeting, Ambassador Teplitz commended the vision set forth by President Solih for his administration. The President expressed his delight that the Biden administration has decided to rejoin the Paris Agreement and stated that the Maldives looks forward to seeing more climate advocacy and action from the United States at the upcoming COP26 in Glasgow, Scotland.

Ambassador Teplitz highlighted the Maldives’ leadership internationally in its call for climate action, especially in the area of climate finance. She further emphasised the prospects of mutual collaboration in matters of the environment, disaster management and counterterrorism.

The President thanked the Ambassador for the close cordial relationship that had been reinvigorated between the two nations during her tenure and wished Her Excellency well in any future roles she chooses to pursue. The Ambassador also thanked the President for the close collaboration, stating that she hopes that the multidimensional relationship will continue and assured continuous support from the US government.