President meets with A.Dh Omadhoo Council: Council acknowledges that was the first opportunity to meet with a President

President Ibrahim Mohamed Solih met with the members of the South Ari Atoll Omadhoo Island Council, who expressed gratitude for the opportunity to meet with a President for the first time since the institution of the Council.

At the meeting held this afternoon at the President’s Office, Councillors shared the most pertinent concerns and interests from their community. They emphasised the difficulties in using the harbour due to damage, concerns about beach erosion, service delays after completing the sewerage project one year ago, the need for sports facilities upgrades, congestion in the school due to lack of space, and the need for health sector upgrades.

Addressing their concerns, the President remarked that he will speak with line Ministries in order to accommodate the requests and address the Councillors' concerns. He stated that the government plans to establish a new health centre on Omadhoo Island and would include the project in next year's budget. He also said that the issue of the sewerage service delay will be addressed in November of this year. 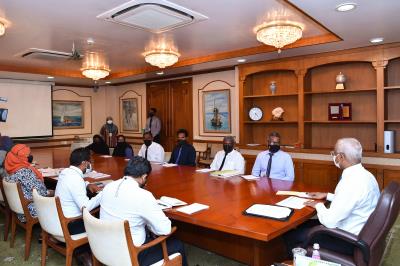 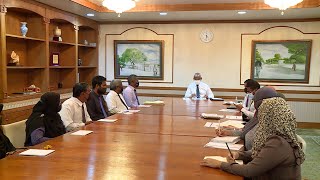