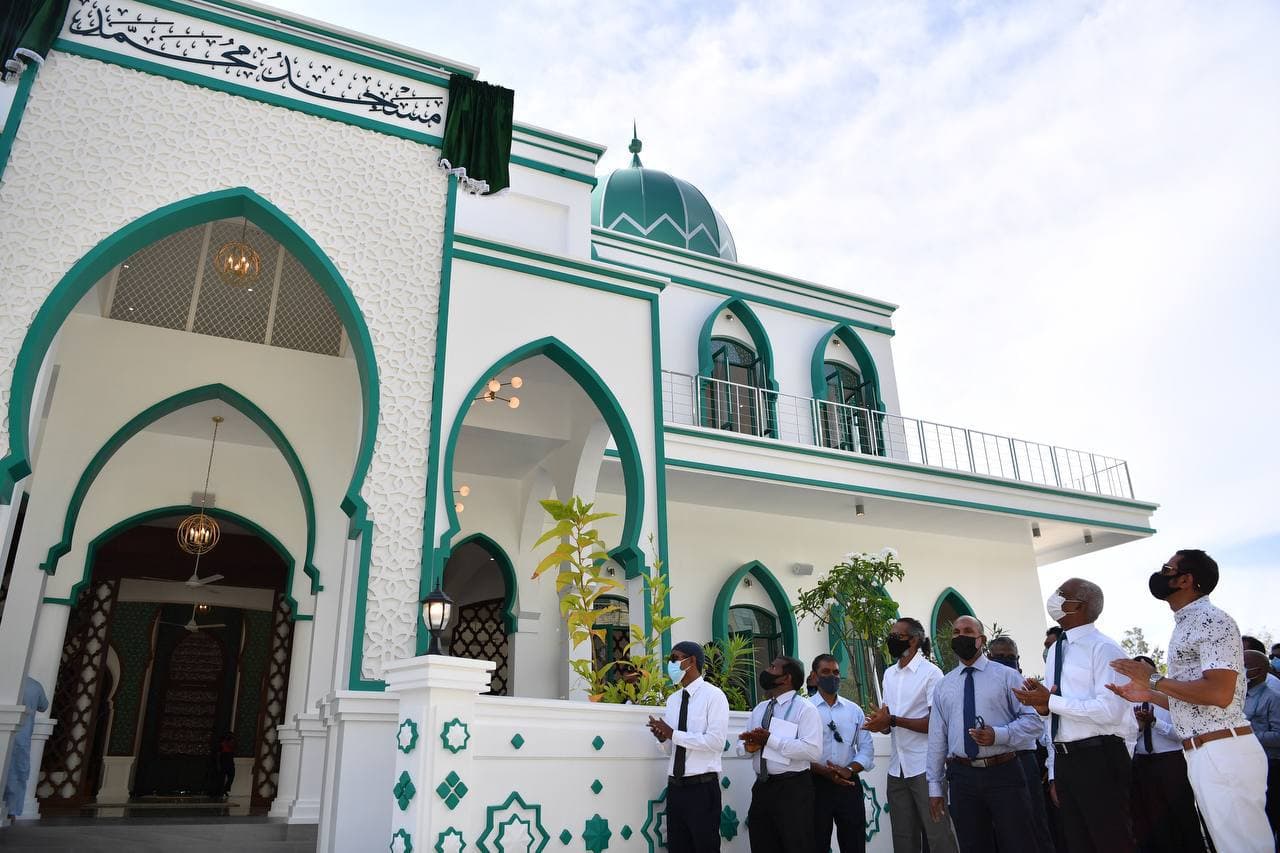 President Ibrahim Mohamed Solih has officially opened "Masjid Muhammad" in Hulhumalé City this afternoon. The mosque was inaugurated at a special ceremony held at the mosque today.

Masjid Muhammad is a charity donation that can cater up to 760 worshippers at a time, with a separate space for female worshippers. The construction of the mosque began on July 18, 2019 and was completed on October 10, 2021.

The President performed Asr prayers at Masjid Muhammad shortly after the official opening of the mosque. President Solih was accompanied at the ceremony today by Vice President Faisal Naseem and the Minister of Islamic Affairs, Dr Ahmed Zahir. 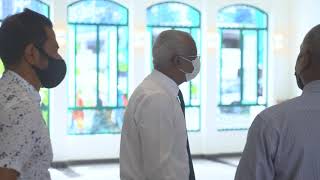