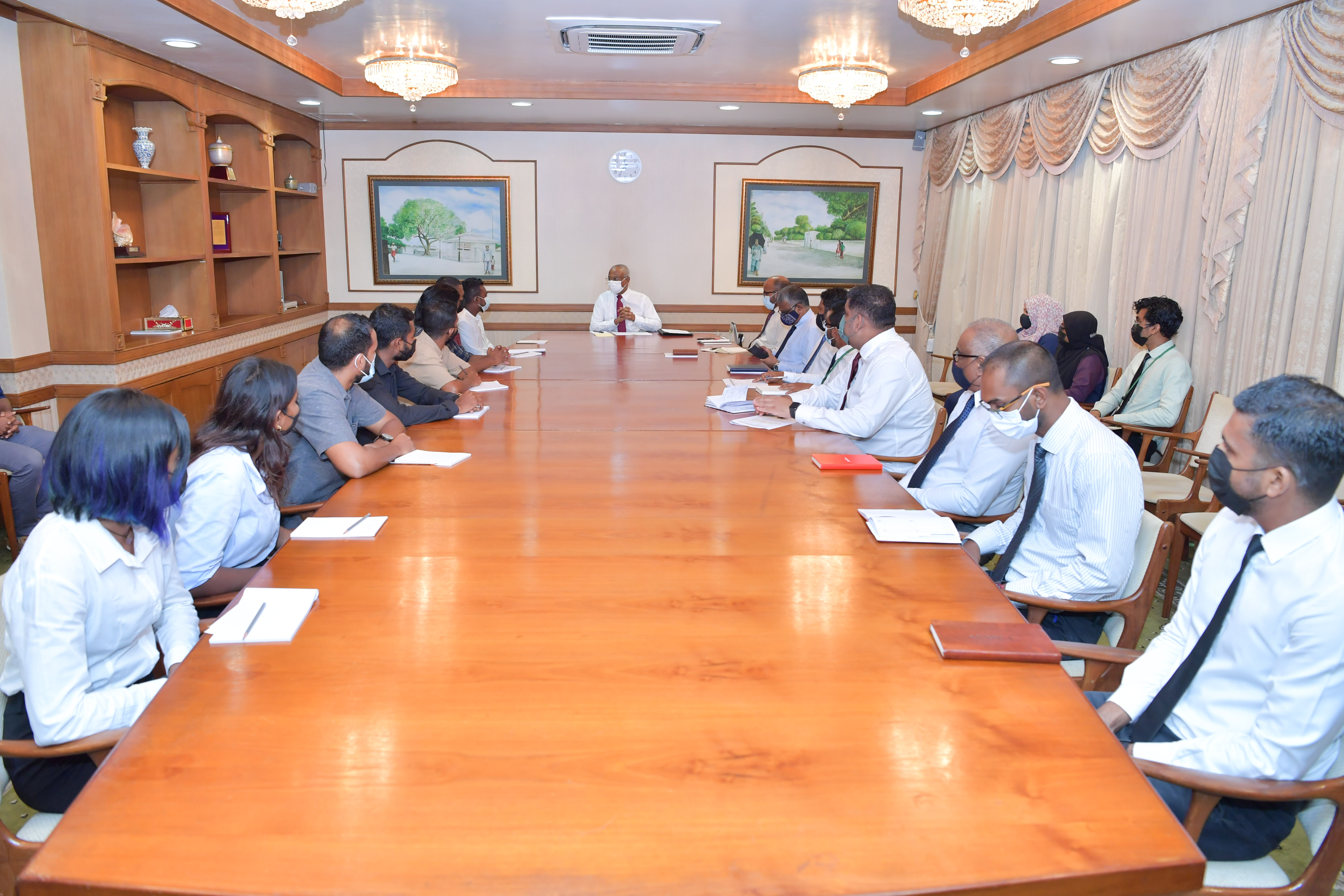 Addressing the longstanding issues faced by students enrolled at the Asian Academy of Aeronautics (AAA) established at Addu City, President Ibrahim Mohamed Solih has stated that the government is working on steps to resume the course that was interrupted due to problems at the academy.

At a meeting held this afternoon at the President's Office with students from the course and relevant authorities, the students expressed gratitude for the President's prompt response to the letter they submitted last Thursday, stating that they had attempted to resolve the issue through all available means without success. The students expressed their disappointment with the disruption in continuing the course, financial burdens, inability to obtain refunds, the mental anguish caused by it and the time squandered as a result of the course's sudden halt.

Prior to this, the government provided some relief to students of this course, including deferring loan payments for 6 months after the course was completed. Other benefits granted previously include the transfer of study loans earned by students for this programme from the Bank of Maldives to the Ministry of Higher Education.

The meeting was attended by Minister of Finance Ibrahim Ameer, Minister of Higher Education Dr Ibrahim Hassan, and Senior Officials of the President’s Office, Island Aviation Services and Civil Aviation. 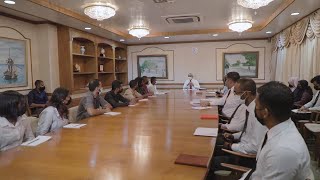