New Ambassador of Hungary presents credentials to the President 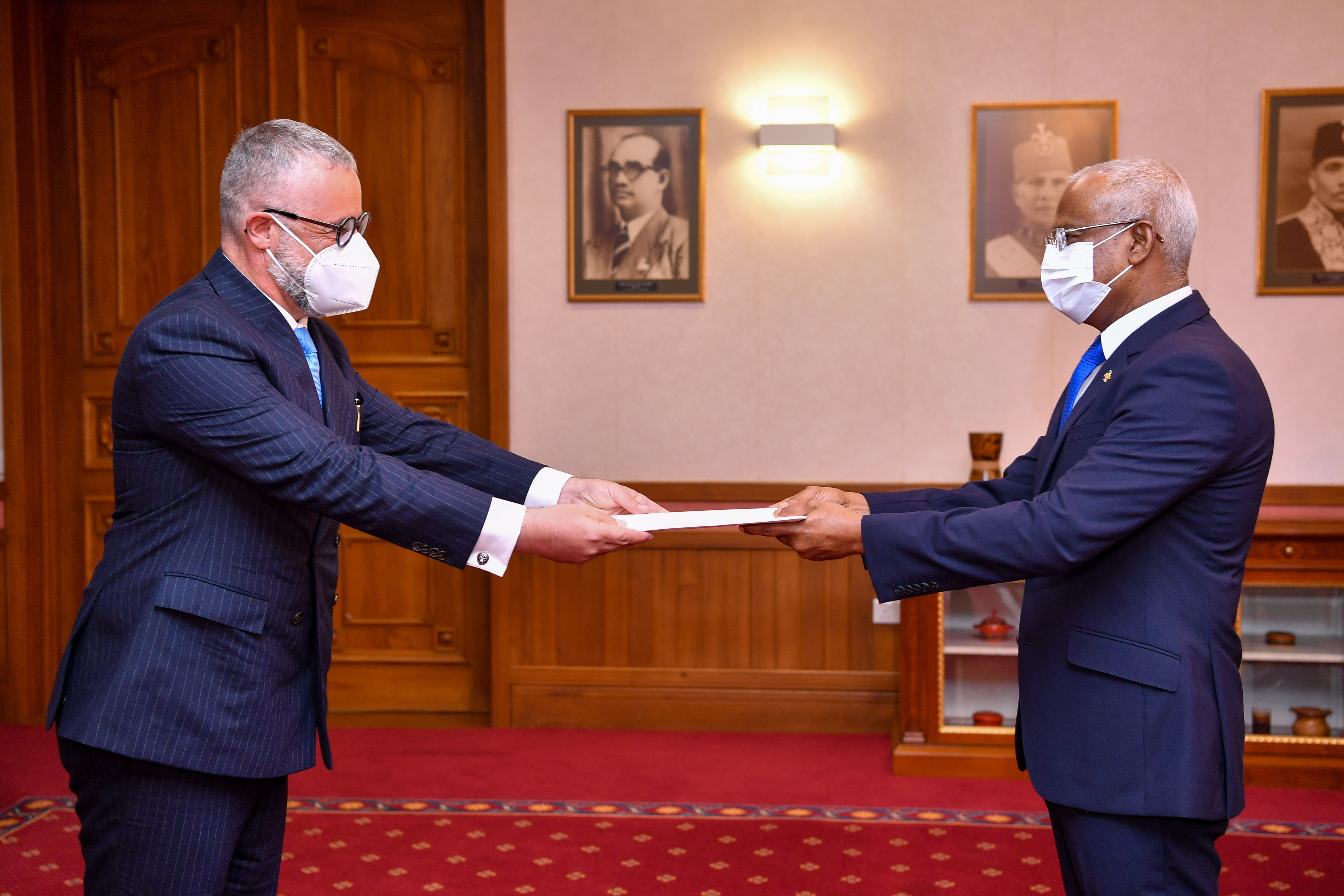 The new Ambassador of Hungary to the Republic of Maldives, H.E. András László Király, presented his Letter of Credence to H.E President Ibrahim Mohamed Solih, this morning at the President’s Office.

At the ceremony, the President welcomed the Ambassador to the Maldives and congratulated him on the commencement of his term. He noted that the Maldives and Hungary have made positive strides in cultivating bilateral ties over the years. The President also thanked the Government of Hungary for their support towards the Maldives’ candidature during the 76th United Nations General Assembly elections held in June earlier this year.

During the meeting, the President noted that the Maldives and Argentina may explore new avenues of cooperation in higher education. In response, the Ambassador offered his commitment to expanding cooperation in this field, stating that their government is working to provide fully-funded scholarship opportunities to Maldivian students. The Ambassador also expressed interest to assist in food security, tourism and water management. He noted that Hungary is keen to explore mutually beneficial investment opportunities in the Maldives.

Both the President and the Ambassador noted that climate change ranks high on their national agenda and affirmed their common commitment to garner international support to address it. The President expressed hope to work closely with Hungary in the lead up to and during COP26 to be held in Glasgow later this year, and explore collective efforts to shift to renewable and alternate forms of energy in place of fossil fuels.

The President and the Ambassador concluded the meeting by expressing their hope that the current relationship between the two countries would be strengthened in the coming days. 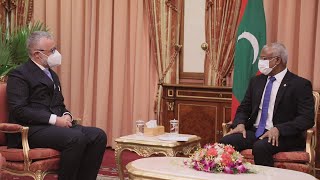