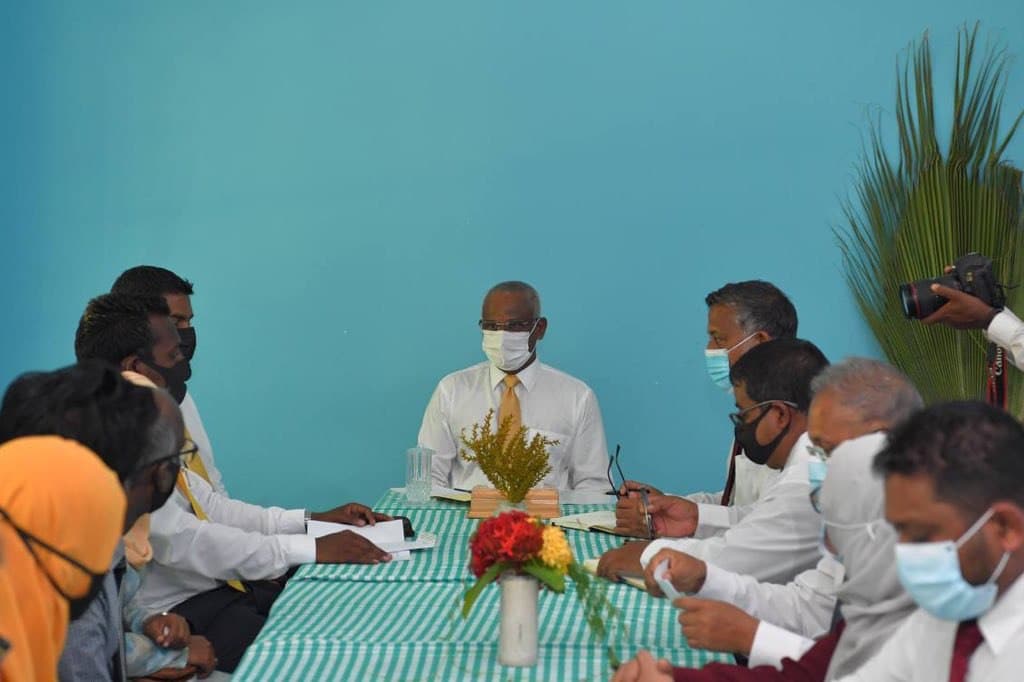 President Ibrahim Mohamed Solih met with the members of the Kolhumadulu Atoll Kinbidhoo Island Council and Women’s Development Committee (WDC), late this morning at the Kinbidhoo Youth Centre. Speaking during the meeting, the President of the Kinbidhoo Island Council, Ali Hussain, appreciated the efforts of the government to advance the island and its community, highlighting several such projects already underway at the Island, including freshwater storage, water and sewerage and construction of a local futsal field.

Sharing the concerns and urgent needs of the residents with the President, Councillors raised several difficulties such as land reclamation and housing projects to address the scarcity of land and housing, protecting areas of the island affected by coastal erosion, and protecting the area known locally as ‘Veyru’, a historical site located in the island. The council members also underscored a project to connect the islands of Kinbidhoo and Veymandoo, the capital of the atoll, via a causeway. Additionally, they discussed the island’s socio-economic growth through increasing economic activities, progressing local tourism and addressing societal concerns from the residents of the island.

The members of the Kinbidhoo WDC also spoke during the meeting, thanking President Solih for the government’s numerous efforts aimed at empowering the women of the nation. The committee members requested the President to establish avenues to further empower women, especially in the commercial sector and shared some concerns regarding the workspace and remuneration of the members of the committee.

Speaking to the council and committee members at the meeting, President Solih addressed all concerns raised and shared the latest updates on the progress of projects underway at Kinbidhoo Island. He stated that a land reclamation project for the island had already been planned and that the government also plans to include provisions for a housing scheme in Kinbidhoo Island in next year’s budget. Further, he said that the feasibility study for the Kinbidhoo-Veymandoo causeway was already underway and that he would raise the issues discussed by the Council with the relevant government agencies to find swift solutions. Additionally, he stated that the government would restructure the remuneration package for WDC members and that all socio-economic concerns raised during the meeting would be remitted to the relevant government agencies and addressed accordingly.

President Solih also spoke regarding the Covid-19 control measures in place, thanking the council and the residents of the island for their support. He urged them to encourage their constituents to get vaccinated at the earliest in order to safeguard the community against further danger from the pandemic.

Prior to the meeting, President Solih toured the Kinbidhoo Health Centre and Kinbidhoo School, checking on the operations of the institutions. He also checked on the progress of the installation of water and sewerage services on the island.

President Solih’s visit to Kinbidhoo Island is the second destination in his ongoing trip to seven islands of Thaa Atoll. The President is accompanied by cabinet ministers, senior officials from the President’s Office and a delegation of high-level government officials. 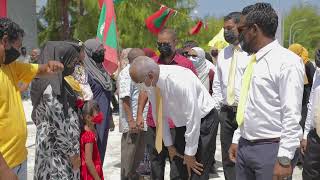 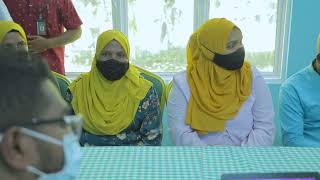