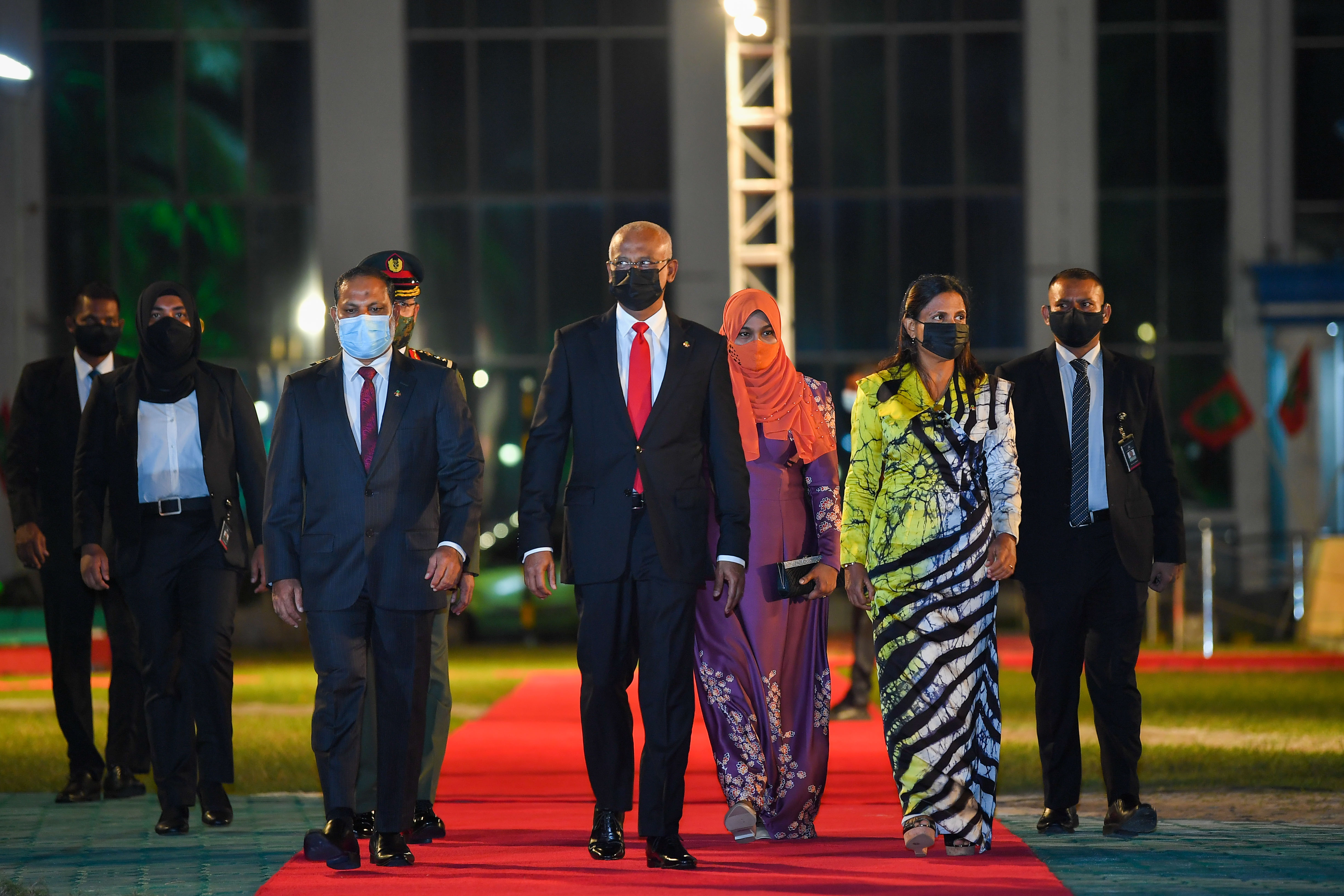 President Ibrahim Mohamed Solih has called upon the people to strive forward with the same spirit of friendship and unity displayed during the 2004 tsunami disaster when tackling common national interest issues. He made the statement at the special ceremony held at the Republic Square this evening to present the National Awards and to commemorate National Unity Day.

Reminiscing the memories of the tsunami disaster, President Solih said Maldivians displayed exemplary kindred, unification, and fraternal ties despite the incident's trying aftermath. On this note, he stated that climate change poses a similar and imminent threat to our existence, and called for the public's engagement and support towards the Government's efforts to combat climate change. On the Government's target to achieve net-zero emissions by 2030, the President pressed for the private sector's collaboration and assistance and the support of non-governmental organisations, and civil societies in this endeavour.

Stressing on the challenges posed by the Covid-19 pandemic, President Solih stated that worldwide travel disruptions had left the country's economy in a dire situation. However, he emphasised that, with the Government's timely intervention which allowed for the reopening of the borders, the Maldives is once again gaining traction the world over as one of the most favoured travel destinations. He assured the public that the Government would be successful in securing enough Covid-19 vaccines to cater to the entire population.

Speaking further, President Solih classified the fisheries sector as a prominent industry in the Government's bid for fast-paced economic recovery. He then detailed some of the Government's efforts to resolve the challenges faced by fisher communities, adding that the Government's actions are focused on shaping the industry to be most beneficial for the stakeholders.

The President also addressed some of the concerns raised by fishermen in recent days. In this regard, President Solih stated that, despite loss-making operations over the past years, Maldives Industrial Fisheries Company (MIFCO) had over the last year seen immense improvements – notably purchasing a record 48,494 tonnes of fish in 2019, which accounts to MVR903.7 million. He went on to assure that much-needed reform will be made to the operations of MIFCO.

A moment of silence was observed at tonight's ceremony to remember the lives lost in the 2004 tsunami disaster. President Solih was accompanied by First Lady Fazna Ahmed, Vice President Faisal Naseem, Cabinet Ministers, State and foreign dignitaries, and officials of government offices and institutions.