Tackling drug addiction in the Maldives should be considered a national emergency, says the Vice President 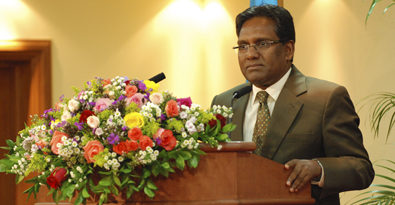 Vice President Dr Mohamed Waheed has said that drug addiction in the Maldives is so pervasive that tackling the problem should be considered a national emergency. He made the remarks while speaking at the inauguration of the Workshop on Development of Outreach/Drop-In Centres held at Paradise Island Resort this morning. The workshop was organised by Colombo Plan Drug Advisory Programme in collaboration with the Drug Rehabilitation Services of the Ministry of Health and Family.

Speaking on the pervasiveness of the issue in the Maldives, the Vice President said that it is time we faced the issue upfront and considered ourselves a part of the solution and developed a multi faceted approach to tackle the issue.

Vice President Dr Waheed stressed the importance the government attaches to addressing the drug addiction and noted that prevention of narcotics abuse and trafficking was one of the five electoral pledges of the government. He also said that, as part of the efforts to deliver on the pledge, the government has established and begun the work of Narcotics Control Council.

The Vice President said that the government recognised the facilities available to tackle the issue of substance abuse and rehabilitate the addicts are inadequate to address the extent to which the issue is spread in the Maldives. Speaking in this regard, Dr Waheed said that the government welcomed private parties who wish to provide rehabilitation services in the Maldives.

36 participants from 15 Asia Pacific countries, including the Maldives, take part in the 4-day workshop.